Collection endowments are vital in supporting the Library's role as a steward of history. An endowment ensures long-term financial stability for the acquisition and preservation of a collection, while also increasing its accessibility and opportunity for scholarship. Learn about the Library's current endowments and their benefactors below! 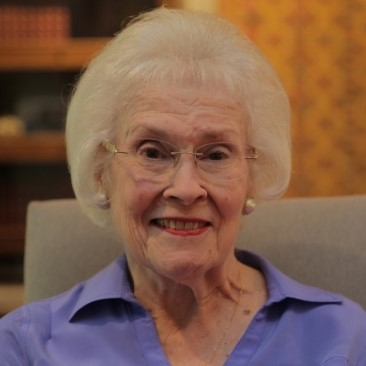 The Sara Miller McCune University Library Innovation Fund is used to plan and implement programs, spaces, and experiences that meet the evolving and increasingly complex information requirements shaping academic research libraries. Sara Miller McCune, founder and executive chairman of the academic publisher SAGE and president of the McCune Foundation, has been a committed supporter of UCSB — including the UCSB Library — for more than 20 years. 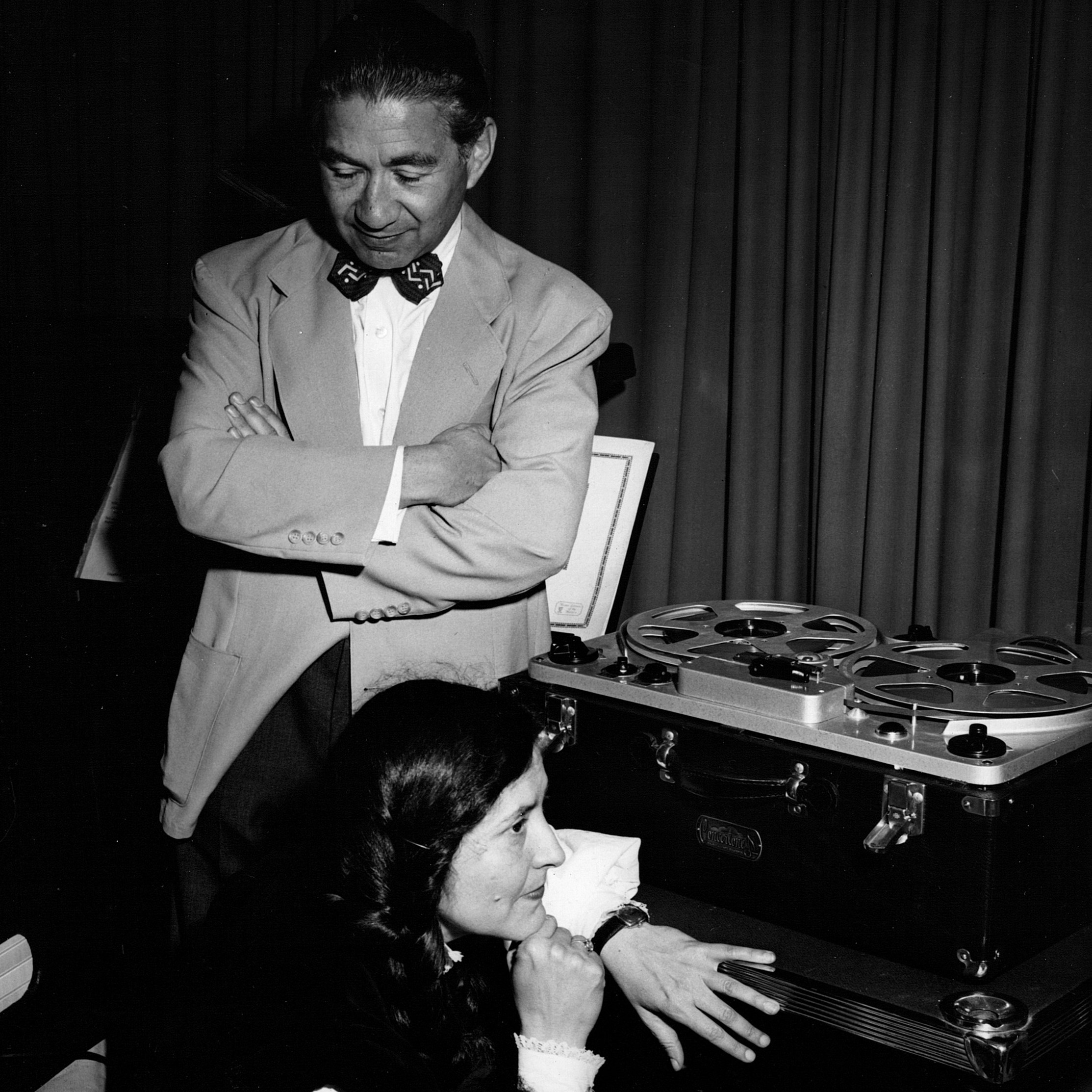 The Henri Temianka Audio Preservation Fund, named for the renowned violinist and leader of the Paganini Quartet and the California Chamber Symphony, supports the Library's mission to make our recorded sound heritage accessible to the widest possible audience as conveniently as possible. It primarily supports the Henri Temianka Audio Preservation Lab, which is a purpose-built audio preservation facility created to preserve and digitize the unique audio materials held by the UCSB Library.

The Library undertakes systematic preservation of endangered and obsolete formats as well as making on-demand copies for researchers at a reasonable cost. The lab is an integral component of the library's world-class audio preservation program, and the fund allows the library to migrate hundreds of hours of unique recordings every year to digital formats that are stored on library servers for preservation and access. 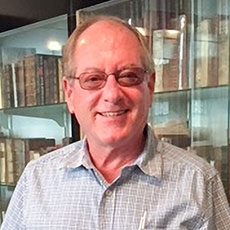 The Kenneth Karmiole Endowed Research Fellowship supports scholars working with primary resource materials and rare books in the Library’s Special Research Collections. Collections available for fellowship-supported research include rare books, journals, manuscripts, archives, printed ephemera, photographs and other audiovisual materials, maps, recordings, and other items. The award is funded by an endowment established by Kenneth Karmiole, an internationally-renowned antiquarian bookseller who earned his bachelor's degree in History from UCSB. He made previous gifts to the UCSB Library for rare books and manuscripts and has owned and operated Kenneth Karmiole, Bookseller since 1976. 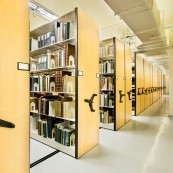 The Kenneth Karmiole Endowment for Rare Books and Manuscripts supports the Department of Special Research Collections with new rare book purchases documenting early printing history, post-Gutenberg, from year 1440 through the 19th century. The endowment also helps make it possible for materials largely unavailable to the public to become accessible online. The award is funded by an endowment established by Kenneth Karmiole, an internationally-renowned antiquarian bookseller who earned his bachelor's degree in History from UCSB. He made previous gifts to the UCSB Library for rare books and manuscripts and has owned and operated Kenneth Karmiole, Bookseller since 1976. 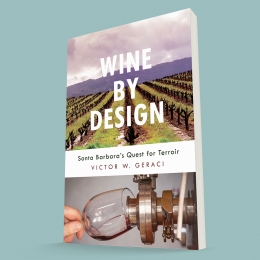 The Victor Geraci Viticulture Collection Endowment was established by alumnus Dr. Victor Geraci. Named after Dr. Geraci’s Sicilian father, who worked as a laborer in California’s table-grape agriculture industry alongside his mother and siblings, the endowment is intended to support current and future scholarly research of the local wine industry and to assist the acquisition of new materials. These materials include wine labels, photographs, maps, working documents, oral histories, and other ephemera related to our local history within an industry that has significantly shaped the identity of Santa Barbara County. 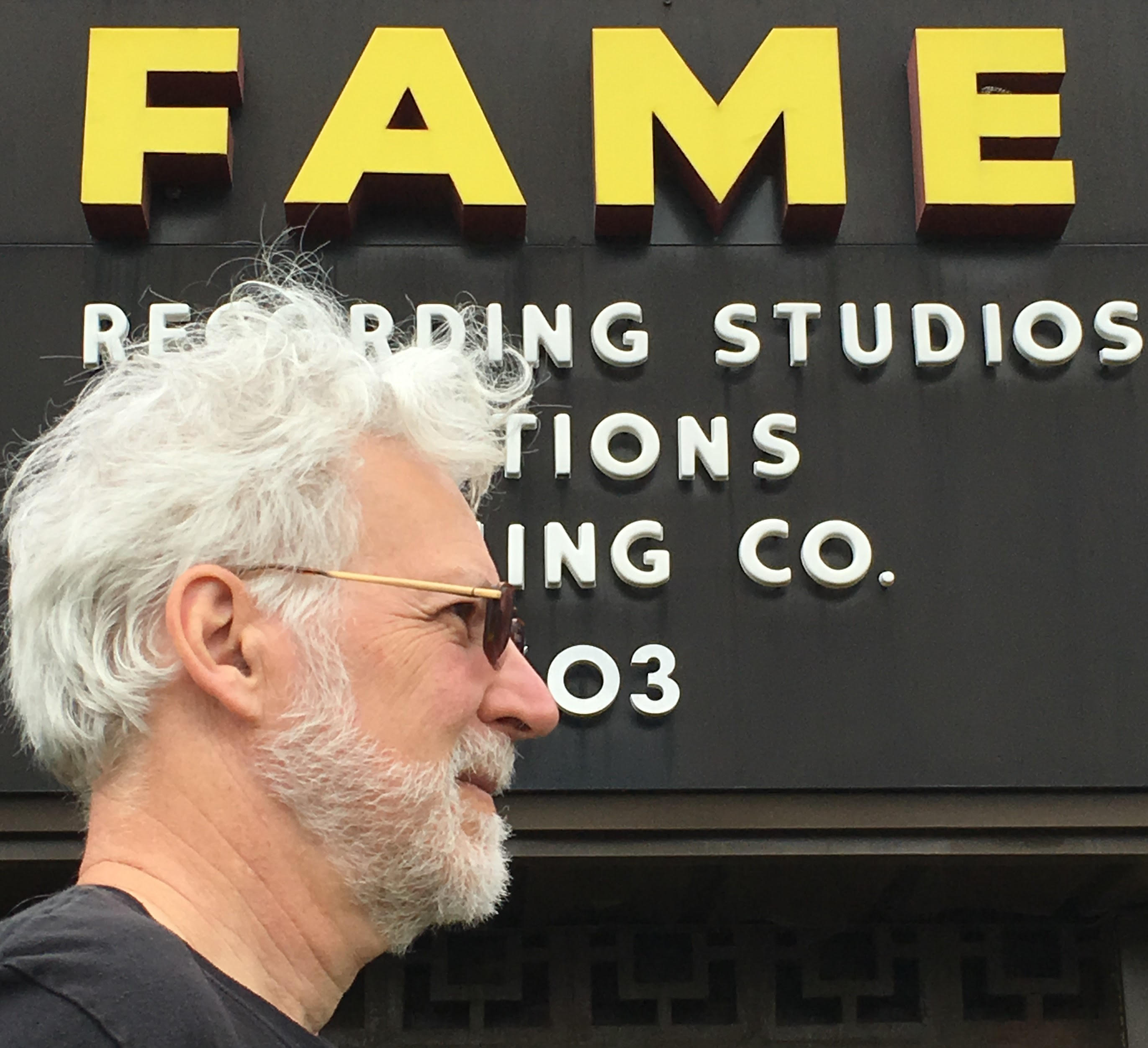 The John Levin Early Recordings Fund, established by wax cylinder collector John Levin and his wife Patricia Gallery, supports the Early Recordings Initiative (ERI), a program within the Performing Arts Collection. The purpose of the ERI is to build upon the Library’s commitment to the preservation and access of pre-1902 recordings, including their acquisition, conservation, maintenance, digitization, and study. These recordings are primarily from brown wax cylinders, which capture decades of musical, social, and cultural life before the dawn of mass media during America’s late 19th-century industrialization.

Levin is a collector of early (pre-1900) wax cylinder sound recordings, and has gifted portions of his collection to the Library to create the John Levin Collection. This collection is currently being preserved and made accessible to the public through the library's renowned Cylinder Audio Archive. 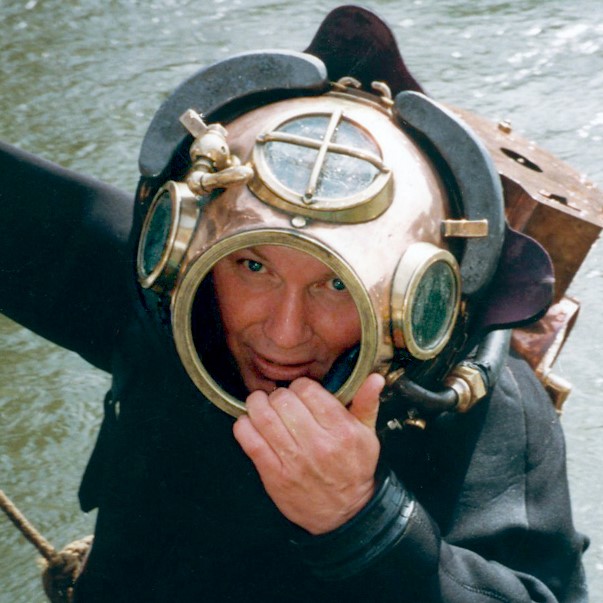 London-born Leslie Leaney has worked both in the music and diving industry, during which he spent several decades accumulating his unique collection on diving history. He is the Co-Founder of the Historical Diving Society USA, Founder of its publication, the Journal of Diving History, Founding Trustee of the Santa Barbara Maritime Museum, and inductee into The International Scuba Diving Hall of Fame. Ernie Brooks, archive benefactor, HDS member, and renowned underwater photographer, passed away in December 2020. His generosity and legacy continue through an endowment supporting the Leaney-Brooks Diving History Archives. 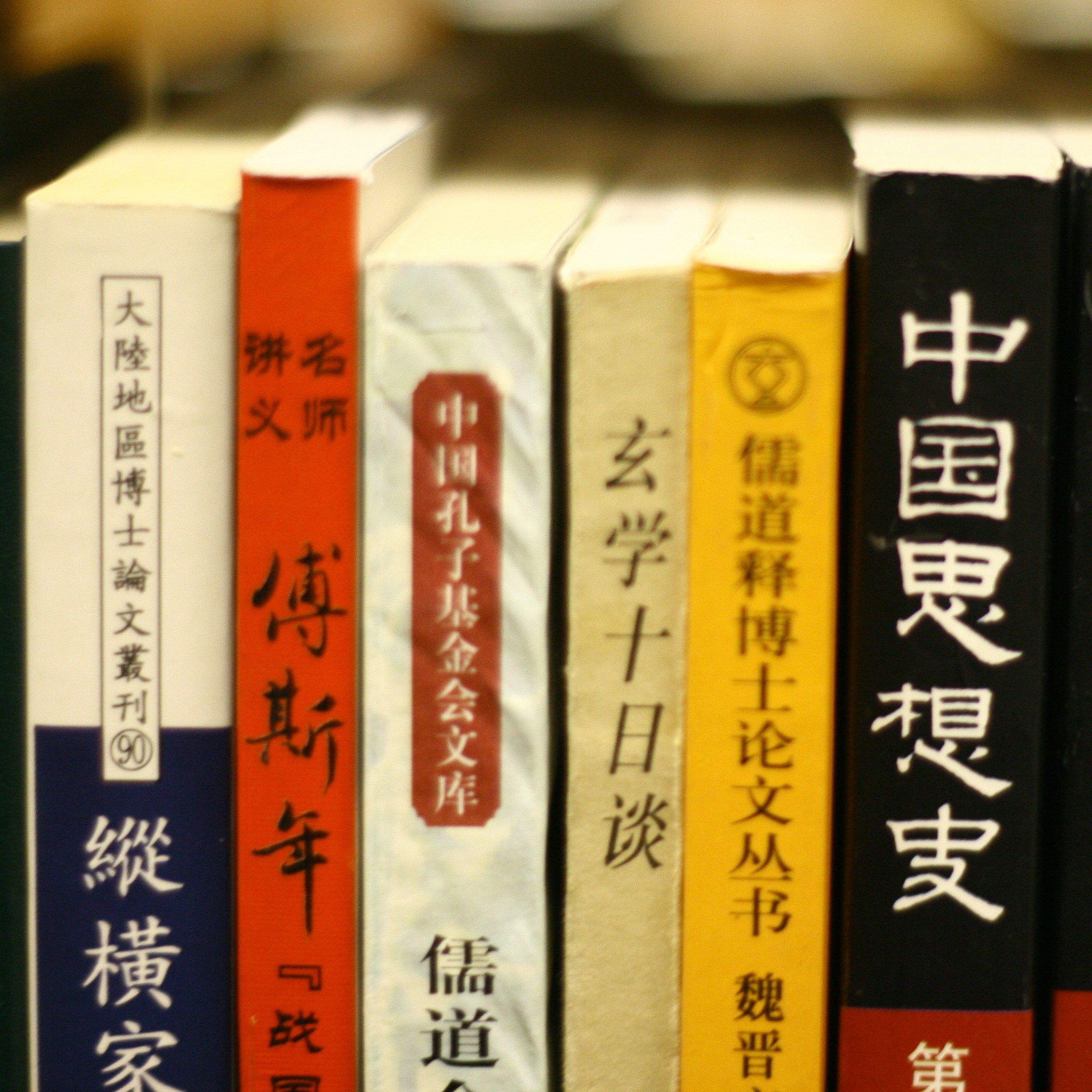 The Henry H. Tai East Asian Collection contains materials in all subject areas except arts, music, and science. This collection focuses on the history and literature of East Asia, including Chinese literature in the medieval and modern periods, contemporary Chinese and Japanese government and politics, economic and social conditions, and religious studies (especially Buddhism, Shinto, and Taoism). Containing over 160,000 print volumes, the bulk of the collection is in Chinese (60%) and Japanese (39%). 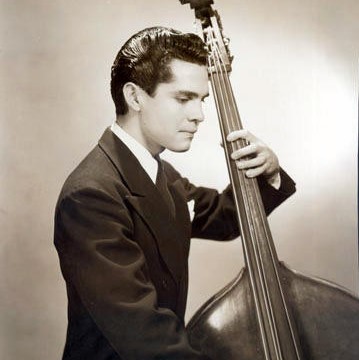 Known as the "Father of Pachuco Boogie,” Don Tosti [1923-2004] was considered a child prodigy and grew up to become a successful musician, forging a career that spanned several decades and styles, from classical to jazz and rhythm and blues. In 2004, he established an endowment and bequeathed the Don Tosti Papers to the Library’s California Ethnic & Multicultural Archives (CEMA), which seeks to preserve collections that document the lives and activities of California's African Americans, Asian/Pacific Americans, Chicanos, and Latinos.

Tosti’s archives include handwritten orchestral scores and music sheets, and his life as a Mexican American musician is recorded in bibliographical primary source materials such as correspondence, teaching materials, event and promotional materials, sheet music, music books, photos, and audio and video files. 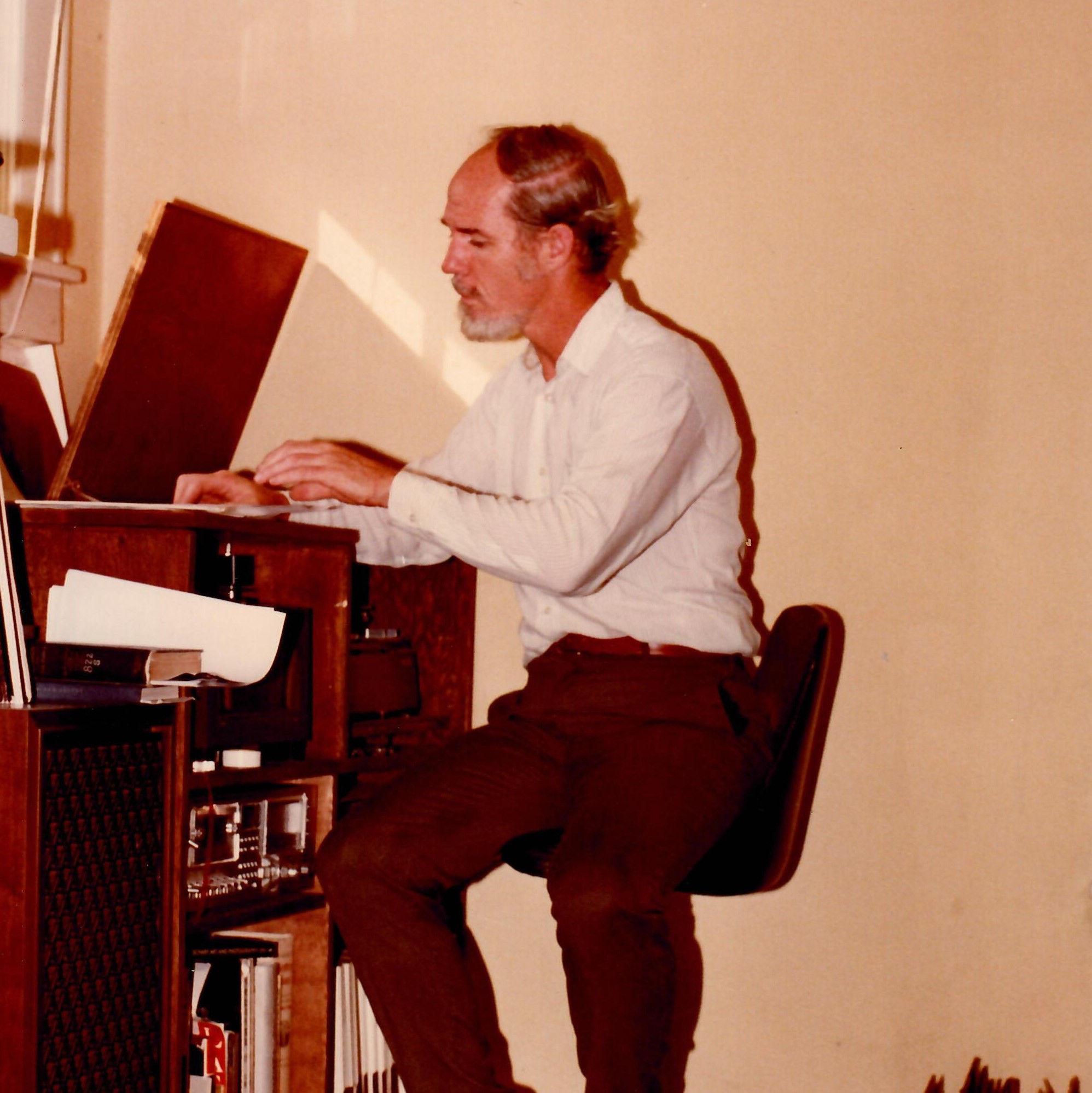 His collection of over 1,200 disc recordings and 200 CDs dates as far back as 1911. There are many recordings of well known actors such as Sir Ian McKellen, Christopher Plummer, Dame Judi Dench, John Gielgud and Dame Maggie Smith. Rarer recordings include Bernhard Beaumeister, a German actor born in the 1800s, William de Wolf Hopper, Balliol Holloway and unknowns such as Frank Burbeck and Agnes Futterer. Later Dr. O’Brien added several non-English recordings, including Spanish, French, German, and Hebrew.

If you are interested in learning more about establishing an endowment, or have questions regarding an existing endowment, please contact our Director of Development, Heather Silva, at heathersilva@ucsb.edu.