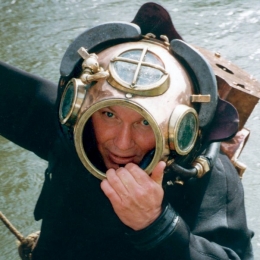 In 2018, Leslie Leaney and other members of the Historical Diving Society USA established the Leaney-Brooks Diving History Archive and Endowment at the UCSB Library.

Comprised of a collection of rare books, magazines, monographs, and more, Leaney envisions the growing archive as a repository for all diving history collectors who wish to see their materials preserved and used for global scholarship.

“The idea is that I have the chance to make this—with the right support—America's diving library,” Leaney explained, highlighting the unique nature and research potential surrounding his collection.

Born in London, Leaney had a fascination with water and aquatic life from a young age that grew after watching a BBC series featuring Austrian diver Hans Hass, acknowledged by diving historians as the “Pioneer of Pioneers.”

It wasn’t until the age of 22 that he had his first personal brush with the diving world after he joined the British military and was stationed in Singapore in 1969. While there, Leaney was offered the opportunity to learn to scuba dive, to which he eagerly agreed.

“As soon as I looked underwater in the tropical sea, my life changed,” he recalled. “I never did anything else. I dedicated everything to scuba diving.”

Leaney went on to receive full training, becoming a branch Diving Officer with the British Sub-Aqua Club. His expertise led him on global expeditions throughout the 1970s, exploring the waters of Malaysia, Australia, New Zealand, England, Saudi Arabia, and Oman. He was even assigned to conduct a survey on behalf of the late King Hussein of Jordan, in the interest of establishing a dive center in the Red Sea.

He eventually parted with his diving career in the 1980s to pursue a career in the rock n’ roll music scene of Los Angeles, where he worked with artists such as B.B. King and Guns ‘N Roses. His interest in diving didn’t fade, however, shifting instead toward diving history through the inadvertent help of a Hollywood bookstore. 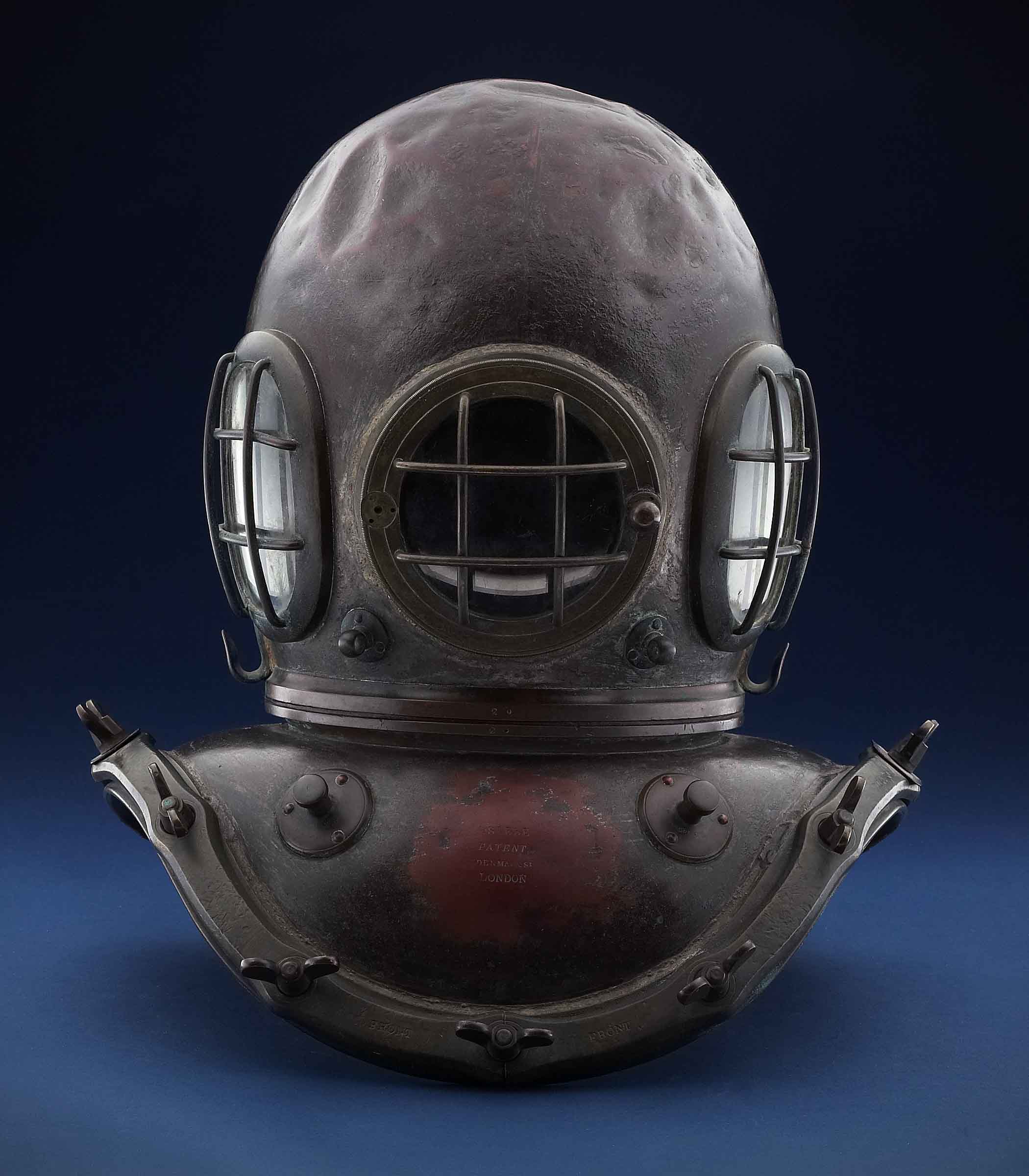 “I had this very old diving helmet that I'd bought in England,” he explained, “and I couldn't find any information about it, but needed some money to fund more recordings. So I wanted to sell it. But at the same time I found a book titled The Deep Sea Diver, Yesterday Today and Tomorrow by Robert Martin, and when I read it, inside was a photo of my helmet. And it said this helmet was one of the first-ever made, by the first constructors, around 1840. So something within said, ‘don't sell it, and investigate some more.’”

Inspired by the revelation, Leaney continued collecting historical diving books and helmets, working to establish himself as “the first to get the call” whenever something rare or unique came along.
“There was no internet those days,” he recalled. “It was a total investment in shoe leather, phone calls, and personal relationships.”
His impressive collection was built through scouring and dealing with maritime antique stores, book stores, and even Pennysaver magazines, with the intent to buy everything he could before someone else did.

“Once it became known I was collecting, the art of the deal was not what the item cost, but being the first to get the call,” Leaney explained. “Anyone who is serious about collecting knows—you have to be first.”

In 1992, Leaney co-founded the Historical Diving Society USA (HDS) with Skip Dunham. Originally a chapter of the British HDS, it eventually transitioned to an American non-profit corporation where Leaney occupied several leadership roles, including that of President and Executive Director.

Under his guidance, the Society reached several thousand members and initiated its own magazine, the Journal of Diving History, America’s sole publication dedicated to diving. For nearly three decades, Leaney has been its publisher and executive editor, introducing long-standing columns such as “Women Pioneers in Diving.”

While Leaney left the HDS administration over a decade ago to become the Executive Director of the International Scuba Diving Hall of Fame, he remains active within the Society and maintains connections with HDS members, many of whom were influential in the decision to bring his diving collection to the UCSB Library. Included among these were famed underwater photographer Ernie Brooks II and one of the first HDS members, Nyle Monday. 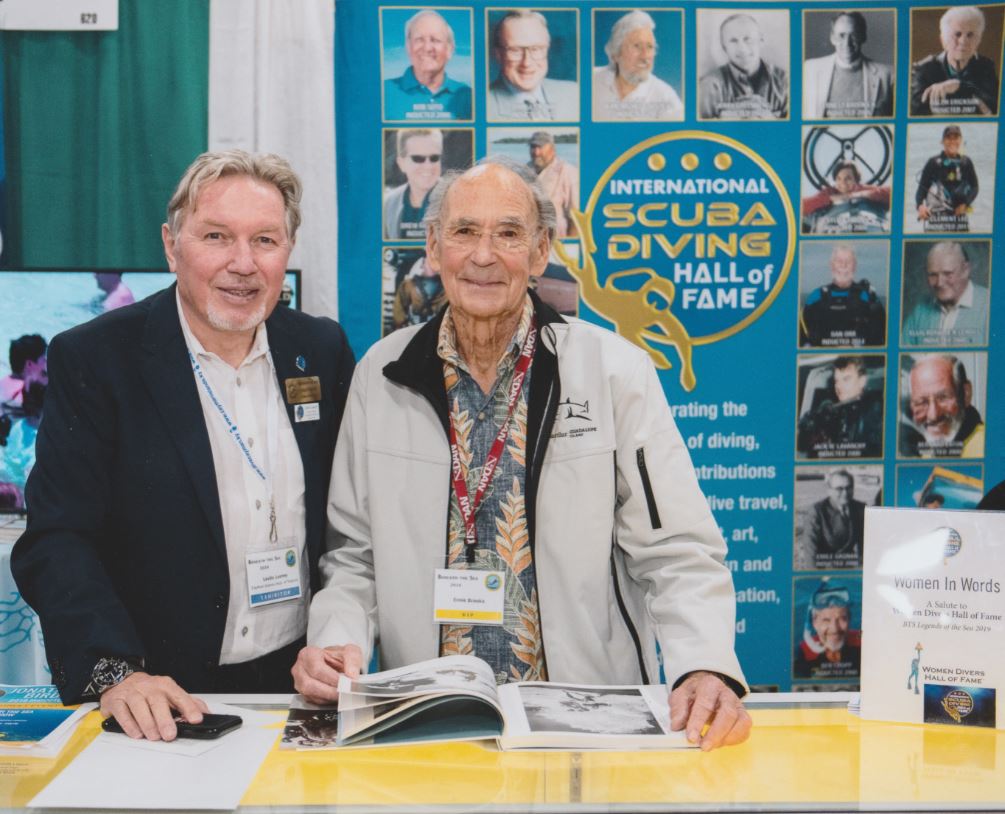 Brooks, son of the founder of the Brooks Institute of Photography, was a widely known underwater photographer whose career had been greatly influenced by Hass. He quickly became an integral part of Hass’ visit to California, providing the connections to get the festival hosted within Santa Barbara’s Arlington Theater.

“My great friend Ernie was a guy that knew how to use money to affect people's lives,” Leaney commented, describing Brooks as someone who “seldom put himself first.”

Brooks was eventually chosen by Leaney and Hass to be the first recipient of the HDS’s Hans Hass Fifty Fathoms Award in 2003. Brooks, who passed away in December 2020, also received several awards and tributes for his photography and was inducted into the International Photography Hall of Fame.

Brooks became interested in the future of Leaney’s diving collection, unaware Leaney was already speaking on the subject to Nyle Monday, an HDS Founding Benefactor and Associate Librarian at San Jose State.

“It was [Monday’s] idea to donate the collection to the University,” Leaney explained, “as he had a relationship with UCSB Director of Special Collections, Danelle Moon.”

Monday had previously commented that "Santa Barbara was always thought of as the best place to establish such a collection due to [the region’s] unique place in diving history."

“Leaney lovingly amassed one of the best collections of material related to the history of diving and underwater technology in the world," said Monday. "It was always evident that he wished to create something that would go beyond a mere personal collection, and to preserve the unique history in a more permanent way.”

While some artifacts of Leaney’s collection of historical diving equipment are already housed and on display at the Santa Barbara Maritime Museum (where he is a Founding Trustee), his book and print collection were too large for the Museum’s capacity.

“While the Maritime Museum is the right location for my artifacts, UCSB is the correct repository for my archives. They both continue to develop as centers for local and international diving history. However, the archive will take a little longer as Danelle and Nyle curate my donations, and there is still a long way to go.”

In 2018 the Leaney-Brooks Diving History Archive was established at the Library, with help from Brooks to create an endowment supporting its preservation, digitization, and accessibility. His vision for the archive touched on its inherent research potential, primarily that of scholarship surrounding a clear narrative on the origins of diving. 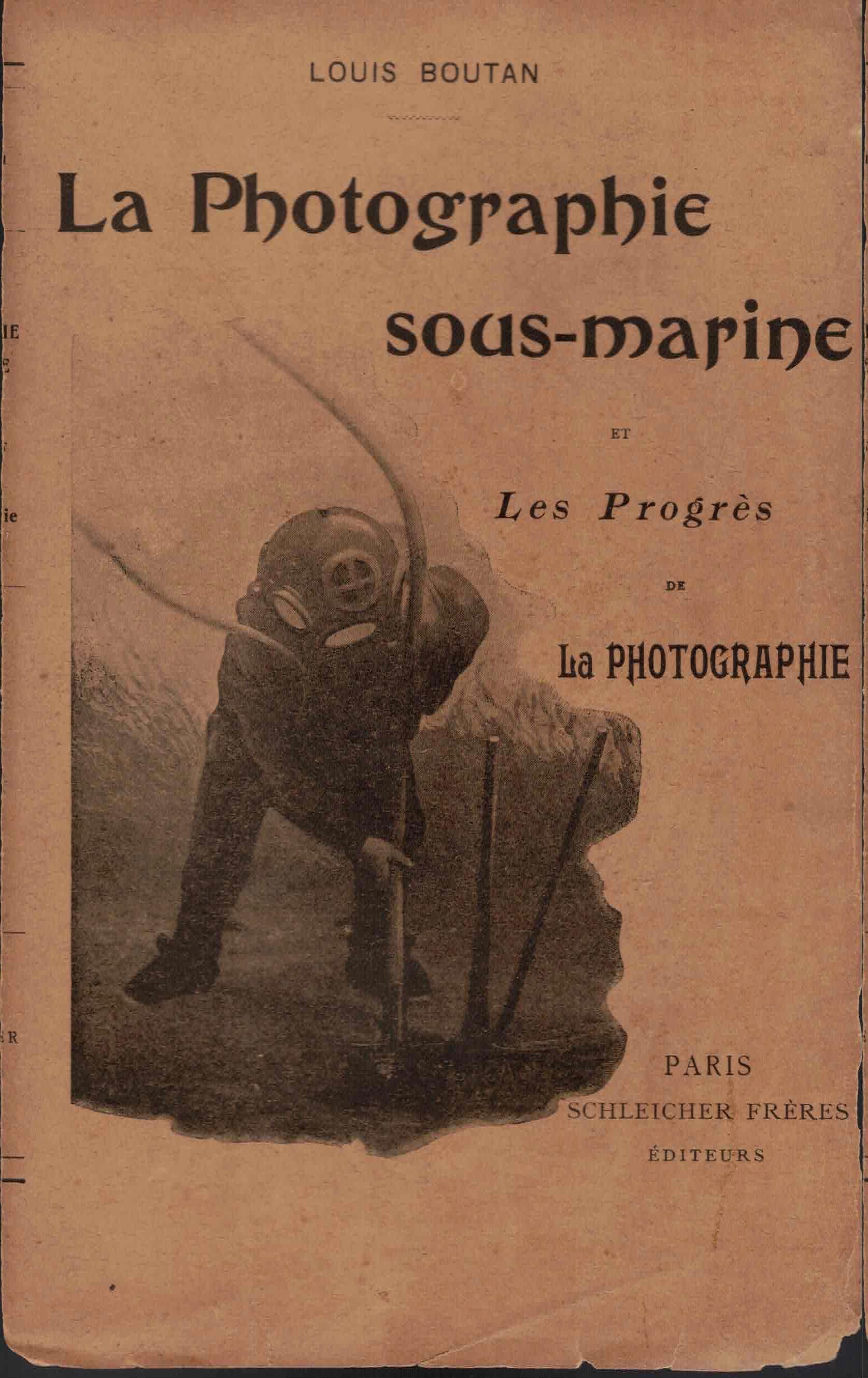 “We can take this one story,” he explained, highlighting Deane’s works, “the big bang of origins on how we get the trade of the commercial diver. That happens on the wreck of the [HMS] Royal George, when the military divers have to clear the anchorage of this ship that's been sunk. That forces the development of the first pieces of equipment. And that first helmet I found is an original example of the equipment that successfully launched the career of the commercial diver.”

Speaking closer to home, Leaney also commented on the significance of Santa Barbara’s place within international diving history, highlighting the global impact of underwater exploratory advancement that took place on our own shores.

“Other historians and I feel that diving is the [Santa Barbara] region’s prime maritime story,” he claimed. “What the local Santa Barbara-based divers did in the [1960s] changed the economies of several countries around the world. Changed by a bunch of guys sitting on barstools down in the harbor trying to figure out how to go underwater deeper and safer. These guys are barely college-educated, and they figured it out.”

Leslie Leaney is an inductee in The International Scuba Diving Hall of Fame, the Commercial Diving Hall of Fame, and the Diving Equipment & Manufacturer’s Hall of Fame. He is also a Fellow of the Explorers Club, a Fellow of the Academy of Underwater Arts and Sciences, and a Lifetime Member of the U.D.T. Seal Association. He has written numerous articles that have appeared in several international publications and has acted as a consultant for The History Channel, The B.B.C., The Discovery Channel, United States Navy, and other organizations.