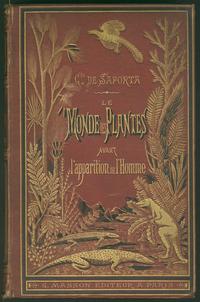 With over 3,400 volumes, including first, signed, and limited editions, the Darwin/Evolution Collection was assembled to maintain a record of the debate on evolution and studies in related fields. Materials can be found from a variety of disciplines including anthropology, botany, genetics, geology, heredity, natural history, population and religion. The Charles Darwin/Evolution Collection (Mss 28) complements these printed materials. This collection contains manuscript materials, photo albums, correspondence, pamphlets, diaries, various ephemera and other printed materials relating to Charles Darwin and others interested in natural history and the theory of evolution.

The Darwin Collection includes early works by Charles Darwin and other members of the Darwin family such as Bernard Darwin, Erasmus Darwin, and Francis Darwin. Other printed and manuscript materials in the collection include works from Julian Huxley, Thomas Henry Huxley, John Stuart Mill, Richard Owen, Herbert Spencer, Marie Stopes, and Anna and Edward Burnett Tylor.

In November 24, 1859, English naturalist Charles Robert Darwin (1809-1882) shocked Victorian England with his theory of evolution. Public dispute and private turmoil arose when his famous volume, On the Origin of Species by Means of Natural Selection, or, The Preservation of Favoured Races in the Struggle of Life, was first published.  An excellent first-edition copy of Darwin’s famous volume—one of 1,250 copies printed by a London publisher in 1859 and reportedly sold out on the first day, is housed in UCSB’s Department of Special Collections.

After receiving his degree from Cambridge University, Darwin accepted an invitation to serve as an unpaid naturalist on the H.M.S. Beagle. The basis of his famous book derives from his five-year scientific expedition with the H.M.S. Beagle. From thereafter, Darwin continued to publish several other works related to biology and continued the conversation and debate on evolutionary biology.

The Darwin Collection, sometimes referred to as the Evolution Collection, was purchased by UCSB's Department of Special Collections in 1968 from a London book dealer Peter Eaton. Eaton is believed to have obtained it from the estate of Sir Julian Huxley. The purchase included a collection of books by Charles Darwin with various editions of all his works, alongside a comprehensive collection of books on Evolution – both for and against. Also included are journals and important manuscript items, notably, files of material directly relating to the subject of Evolution, collected and annotated by Professor J. Huxley and a quantity of illustrations and diaries of Sir E. B. Tylor, F.R.S.,

The Darwin/Evolution Collection, along with the corresponding manuscript collection, has drawn historians of the natural sciences and of religion, as well as students of Darwin and the Darwin family. There are seventy-one English and eleven foreign language editions of On the Origin of Species by Means of Natural Selection, and thirty-nine English-language editions of The Descent of Man as well as editions in French, German, Dutch, and Danish. Also included in the collection are some of the earliest works on evolution by naturalist John Ray (1627-1705) often called the father of English natural history and a precursor of the Swedish botanist Carl Linnaeus (1707-1778), also represented in the collection. Included are thirty Herbert Spencer titles and editions, two of which are Italian translations and also included are off-prints of several articles published in the Contemporary Review. Runs of popular magazines are also present within the collection, such as Macmillan’s Magazine (1859-1876), The Report of the British Association for the Advancement of Science (1834-1953), Nature (1872-1939), among others.

To locate more items that belong to the Darwin/Evolution Collection in the Special Collection Department at the UCSB Library refer to UC Library Search.