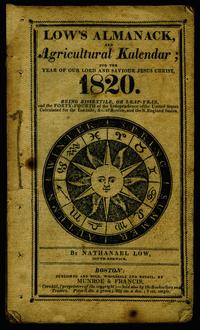 Special Research Collections grew initially with gifts from Santa Barbara Residents and scholars; early botanical works by California horticulturist Ellwood Cooper; first editions of 19th century Americans such as Longfellow, Whittier and Emerson from the Roxana Lewis Dabney Memorial of 1913; along with other works which recalled the early curriculum of the school. A major impetus was the post World War II acquisition of large author collections: the MacKinley Helm gift of Henry James and Matthew Arnold was followed by the formation of comprehensive collections of Huxley, Beckett, Kipling, Wells, Coleridge and Edmund Burke. The block purchase, as well, of private libraries devoted to the Colombian novel, to 18th Century English and French political pamphlets and avante garde literature, exemplified the Library policy of acquiring rare materials when needed in support of academic programs.*

Today, we are found on the 3rd floor, Mountain Side where our holdings in the general collections continue to increase in areas where it can continue to support the changing research interests of UCSB students, faculty and the scholarly community.

*Most of this information was taken from Your Guide to UCSB Library. UCSB, Library Records. UArch 22. Department of Special Collections, Davidson Library, University of California, Santa Barbara.

Major holdings in our general collections include the records of the internationally renowned Santa Barbara-based think tank, the Center for the Study of Democratic Institutions Collection(CSDI), emphasizing issues such as education, freedom of the press, international relations, public policy, religion, and science and technology in modern society (Mss 18). Thanks to donors Neal Linson, Ceil Pulitzer, and Stanley Sheinbaum, some of the most important conference proceedings, talks, and dialogues recorded by CSDI have been digitized and are available on the web at the CSDI Audio Archive. In the Stanley K. Sheinbaum Collection (Mss 217), articles about Sheinbaum, the copy of oral history transcript with Joan Didion, and copy of oral history transcript by UCLA are included. There is also material about his association with CSDI and later New Perspectives magazine. The collection also includes files, ca. latter 1970s-mid 1980s, kept by Stanley K. Sheinbaum mainly during his tenure as University of California Regent [1977-1989], at a time when UC was involved in divestment of South African investments, due to the political situation there. Most recent acquisitions includes the Demian Katz Gamebook Collection (Mss 294) with more than 2500 print game books (primarily paperback) along with smaller number of related works in other media, including magazines, comics, audio recordings, films, and software.