UCSB Reads ‘Into the Beautiful North’ 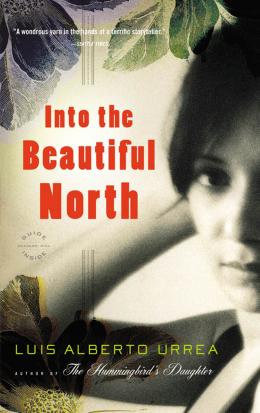 The UC Santa Barbara Library has chosen “Into the Beautiful North” as its 2017 UCSB Reads selection. An annual event now in its 11th year, UCSB Reads engages the campus and the Santa Barbara community in conversations about key topics while reading the same book. UCSB Reads is presented by the UCSB Library, in partnership with the Office of the Executive Vice Chancellor. The event culminates in a public talk by Urrea on April 24 in UCSB’s Campbell Hall.

“The UCSB Library is excited to bring author Luis Urrea to campus in the spring,” said University Librarian Denise Stephens. “He is an engaging speaker, a beautiful writer and his works — including ‘Into the Beautiful North’ — tackle important issues related to border crossings, cultural longing and immigration. By selecting a novel this year, the UCSB Reads Selection Advisory Committee — made up of faculty, staff, students and community partners — recognized that fiction has a unique capacity to awaken our understanding and enhances our ability to explore complex ideas.”

On Jan. 18, UCSB Chancellor Henry T. Yang, Executive Vice Chancellor David Marshall and Stephens will be on hand at the UCSB Library to distribute free copies of the book to registered UCSB students. Copies of “Into the Beautiful North” are on sale at the UCSB Bookstore as well.

A variety of UCSB Reads events — a film screening, an exhibition, a spoken word performance and lectures/panel discussions — will take place throughout the winter and spring quarters on campus and elsewhere.

Urrea is the author of “The Water Museum,” “The Devil’s Highway,” “The Hummingbird’s Daughter” and “Queen of America,” A finalist for the Pulitzer Prize, his numerous honors include the Lannan Literary Award, the Pacific Rim Kiriyama Prize, an American Book Award, the Christopher Award, and an Edgar Award. In 2000, Urrea was inducted into the Latino Literature Hall of Fame.

Born in Tijuana to a Mexican father and American mother, Urrea received his undergraduate degree in writing from UC San Diego, and did his graduate studies at the University of Colorado-Boulder. He is currently Distinguished Professor of Creative Writing at the University of Illinois-Chicago.