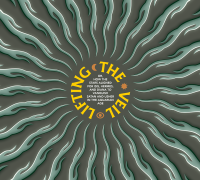 Lifting the Veil, or, How the Stars Aligned for Isis, Hermes, and Diana to Vanquish Satan and Usher in the Aquarian Age

Western esotericism, the collection of arcane traditions and practices such as Kabbalah, alchemy, astrology, Hermeticism, and magic, gained the attention of scholars during the Renaissance. Kept alive through the Scientific Revolution and the Age of Enlightenment by the lodges of Freemasonry, these ideas found fertile ground once again in the Romanticism of the 19th century. Fueled by new ideas in science and cosmology and the addition of beliefs and practices from Hinduism and Buddhism, an occult revival was in full swing by the 1890s.

Three new and influential traditions emerged in this revival: spiritualism, Theosophy, and the Hermetic Order of the Golden Dawn. Throughout the 20th century, ideas and teachings formed in these circles would move from the relatively obscure to the mainstream of American culture. As Western esotericism gained popularity, the emphasis moved from understanding and mastering the cosmos to understanding and mastering the self, with through lines apparent in such diverse heirs as feminist theology, the New Age movement, nature spirituality, modern yoga, the prosperity gospel, and the bestselling self-help book The Secret.

This exhibition showcases how the transmission of esoteric knowledge, once exclusively bestowed from master to disciple, often through a series of initiations, moved into the realms of publishing, correspondence courses, and other media, inventing new traditions, becoming more inclusive, and creating controversies along the way.