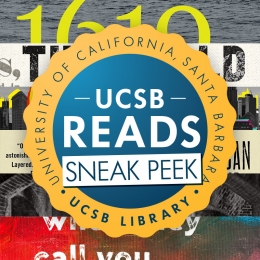 The UCSB Reads Committee has announced its shortlist of titles under consideration for UCSB Reads 2021. This year, in recognition of the extraordinary and necessary attention to race in this country, all the titles grapple with race. The list includes memoirs, a novel, a book of poetry, and for the first time ever, a podcast. Students interested in joining book groups to discuss the shortlist titles are encouraged to email ucsbreads@library.ucsb.edu .

UCSB Reads is an award-winning campus-wide and community-wide “one book” program. The selection committee includes UCSB faculty, staff, students, and community partners who convene to select an intellectually stimulating, interdisciplinary book by a living author that appeals to a wide range of readers and can be incorporated into UCSB curriculum. Their final pick will be announced in the fall.

The selections are (in alphabetical order):

The program kicks off on at the start of the winter quarter with the Chancellor, Executive Vice Chancellor, and University Librarian distributing free books to UCSB students in the Library. A variety of UCSB Reads events (book clubs, film screenings, exhibitions, and faculty panel discussions) exploring the book and its themes are held on the UCSB campus. The program culminates in a live appearance by the author. Events are generally free and open to the public.

In 2020, we read Rising: Dispatches from the New American Shore by Elizabeth Rush. Learn more about UCSB Reads 2020.

UCSB Reads is presented by the University Library, the Office of the Executive Vice Chancellor and additional campus and community partners.

If you are interested in sponsoring the UCSB Reads program, contact Heather Silva, Senior Director of Development at (805) 893-5732 or heathersilva@ucsb.edu.

For more information about UCSB Reads, or to participate in campus or community programming, contact Alex Regan, Events and Exhibitions Librarian, at aregan@ucsb.edu or write to ucsbreads@library.ucsb.edu

Click here to subscribe to our e-newsletter and have information about upcoming UCSB Reads events delivered directly to your inbox.

To suggest a UCSB Reads 2022 title please use our online form.

2020: Rising: Dispatches from the New American Shore by Elizabeth Rush
2019: The Best We Could Do by Thi Bui
2018: Lab Girl by Hope Jahren
2017: Into the Beautiful North by Luis Alberto Urrea
2016: Just Mercy: A Story of Justice and Redemption by Bryan Stevenson
2015: Orange Is the New Black: My Year in a Women's Prison by Piper Kerman
2014: The Big Burn: Teddy Roosevelt and the Fire That Saved America by Timothy Egan
2013: Moonwalking With Einstein: The Art and Science of Remembering Everything by Joshua Foer
2012: Moby Duck: The True Story of 28,000 Bath Toys Lost at Sea, and of the Beachcombers, Oceanographers, Environmentalists, and Fools--Including the Author--Who Went in Search of Them by Donovan Hohn
2011: The Immortal Life of Henrietta Lacks by Rebecca Skloot
2010: Enrique's Journey by Sonia Nazario
2009: Ethics for the New Millennium by Dalai Lama
2008: The Travels of a T-shirt in the Global Economy by Pietra Rivoli
2007: Field Notes from a Catastrophe by Elizabeth Kolbert 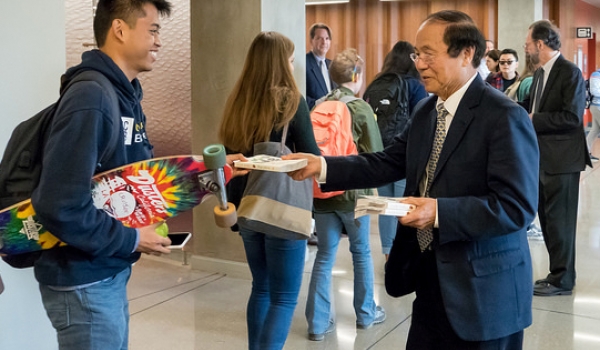 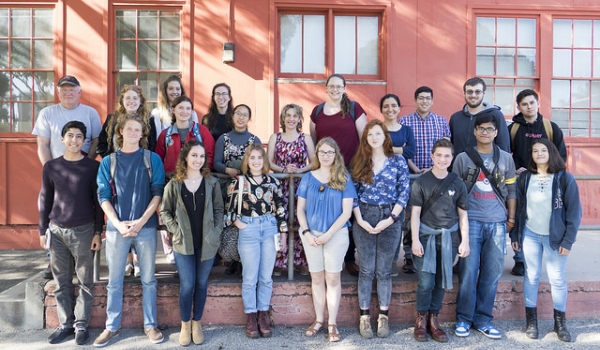 Author Hope Jahren joins students from the College of Creative Studies as they celebrate the final day of UCSB Reads 2018. 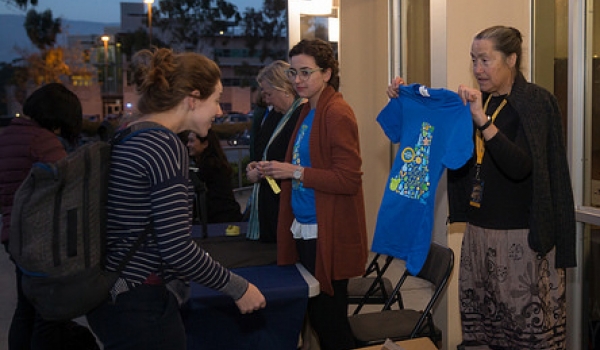