CEMA: The History of Rampart Records 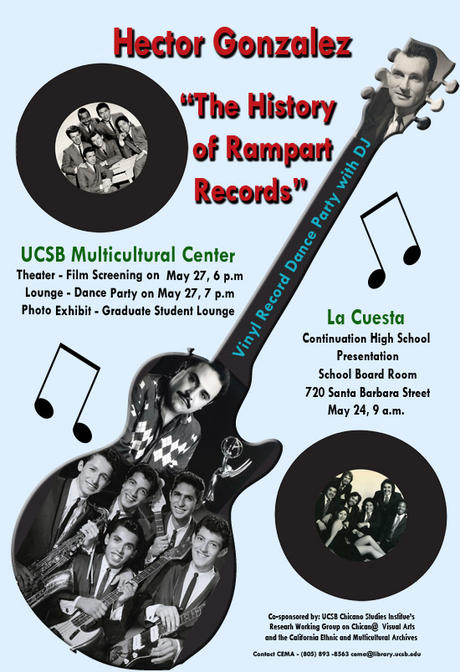 Hector Gonzalez is a record producer, musician, award winning sound engineer and current owner of Rampart Records. He has a first hand view of the vibrant music scene in East Los Angeles where multicultural bands contributed to the development of rock and roll. Gonzalez has many great stories regarding the players in what is called the West Coast Eastside Sound. He is firmly grounded in the traditions of that time with a uniquely Southern Californian view of the early rock and roll scene that exploded around the country.

Gonzalez was a visiting artist in residence at UCSB sponsored by the Chicano Studies Institute and the California Ethnic and Multicultural Archives in the UCSB Library. He has taught classes in Chicano film studies, broadcast technology and ethnic studies.