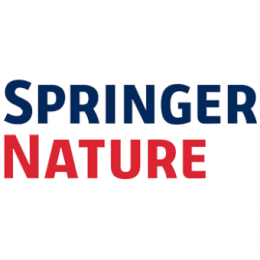 The University of California announced June 16 that it reached a transformative open access agreement with Springer Nature, the world's second-largest academic publisher.

The agreement - the largest open access agreement in North America to date - is the first for Springer Nature and signals increasing global momentum and support for the open access movement.

Open access publishing, which makes research freely available to anyone, anywhere in the world, fulfills UC’s mission by transmitting knowledge more broadly and facilitating new discoveries that build on the University’s research and scholarly work.

Under the four-year agreement, all UC research published in more than 2,700 of Springer Nature’s journals will be open access. While broad-based open access publishing in the most well-known Nature subscription journals is not initially included, the deal commits Springer Nature and UC to launching an open science pilot project in 2021 and to developing a transformative path for the prestigious Nature journals, to be fully operational by the third year of the agreement.

Fully open access Nature branded titles that are not initially included in the deal are eligible for article processing charges (APC) reimbursement through the UCSB Library’s Open Access Publishing Fund.

The deal, which also provides UC students, faculty and researchers with access to over 1,000 journals to which UC did not previously subscribe, upholds the University’s goal to manage its costs for academic journal subscriptions responsibly.

The open access publishing provisions will go into effect once the formal agreement has been signed and will run through 2023.

“This open access partnership with one of the world’s largest academic publishers is a huge step forward for the University,” said Kum-Kum Bhavnani, chair of UC’s faculty Academic Senate and a professor at UC Santa Barbara. “At a time when mitigating the impact of the coronavirus underscores the critical importance of sharing research outcomes right away, this agreement strengthens the faculty’s long-standing commitment to ensuring the fruits of our research are freely, publicly and openly available.”

For more information on the agreement details, visit the UC Office of Scholarly Communication informational webpage.