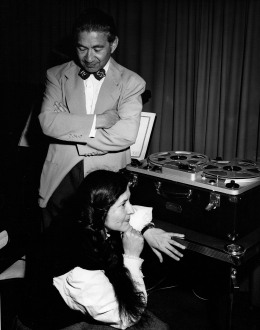 In 2018, the Henri Temianka Audio Preservation Lab (the “Lab”) and its supporting endowment, the Henri Temianka Audio Preservation Fund, were established at the UC Santa Barbara Library by Drs. Daniel Temianka and Zeinab Dabbah. The Lab, named after the renowned violinist and leader of the Paganini Quartet and the California Chamber Symphony, is a cutting-edge facility for audio preservation capable of digitizing a wide range of recording formats, with a mission to make thousands of the world’s unique recordings accessible to the widest possible audience.

Daniel Temianka, Henri’s son, first came across the UC Santa Barbara Library’s audio lab while working on a project to digitize his father’s audio tapes. Upon touring the existing audio lab and the Library’s Performing Arts Collection in 2015, he became interested in the Library’s dedication to both preserving historical recordings and making them accessible to the public, something he had also envisioned for his father’s collection.

“To preserve and digitize music, and make it available for anyone who is interested, is a vision the Library and I share,” Daniel Temianka says. Thus, the Henri Temianka Audio Preservation Lab and its associated endowment came to life.

The Lab features two cutting-edge studios that are equipped to play back most formats in the Library’s collections, including cylinders, discs, and open reel audio tape, as well as modern digital formats such as DAT and Mini-Disc. Almost every audio format of the 20th century is supported, including obscure formats like wire recordings and Dictabelts. Equipment in the studios was chosen to provide the highest quality playback while remaining faithful to the original sound source, and includes everything from familiar turntables to custom-made cylinder players. 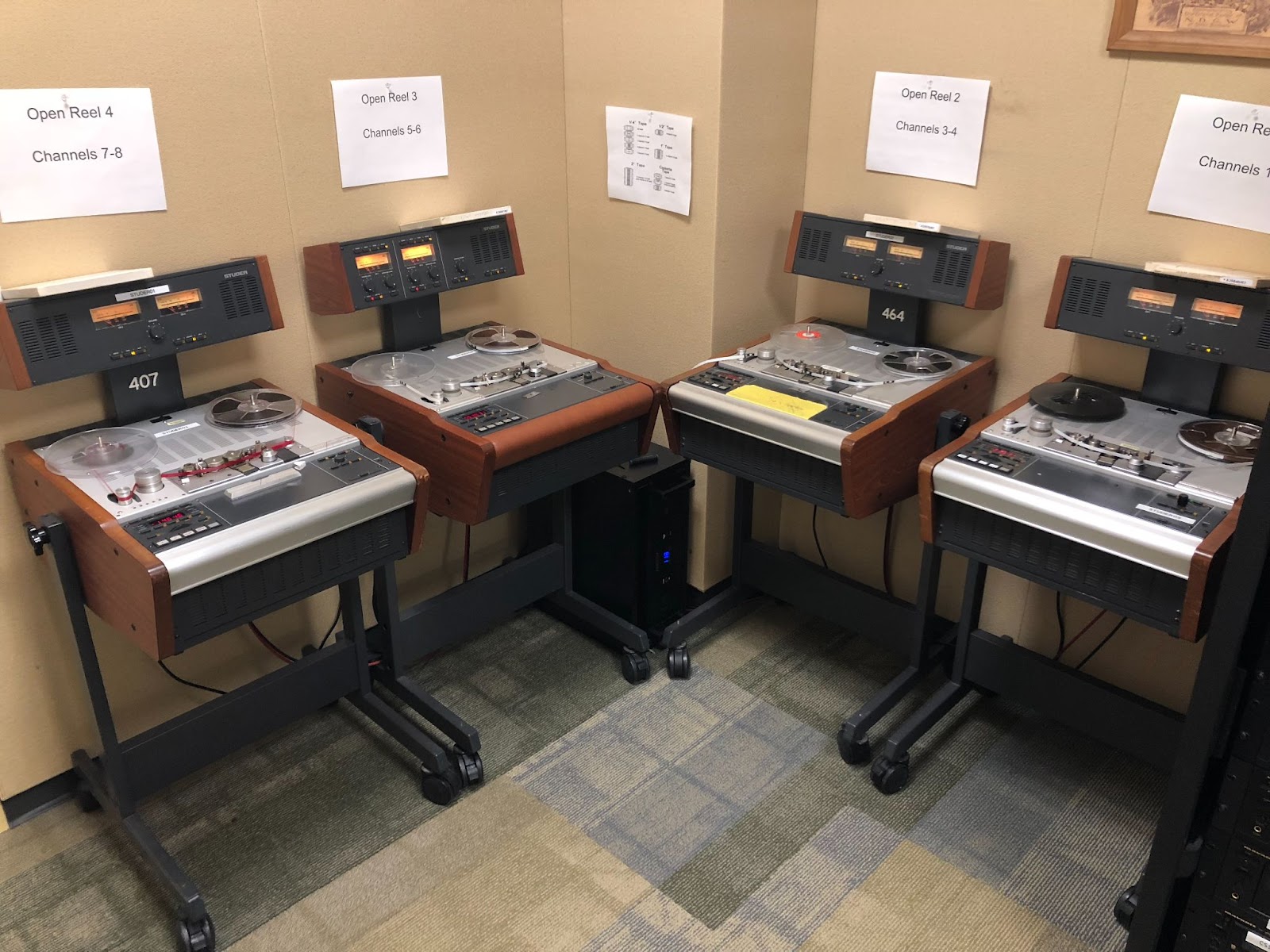 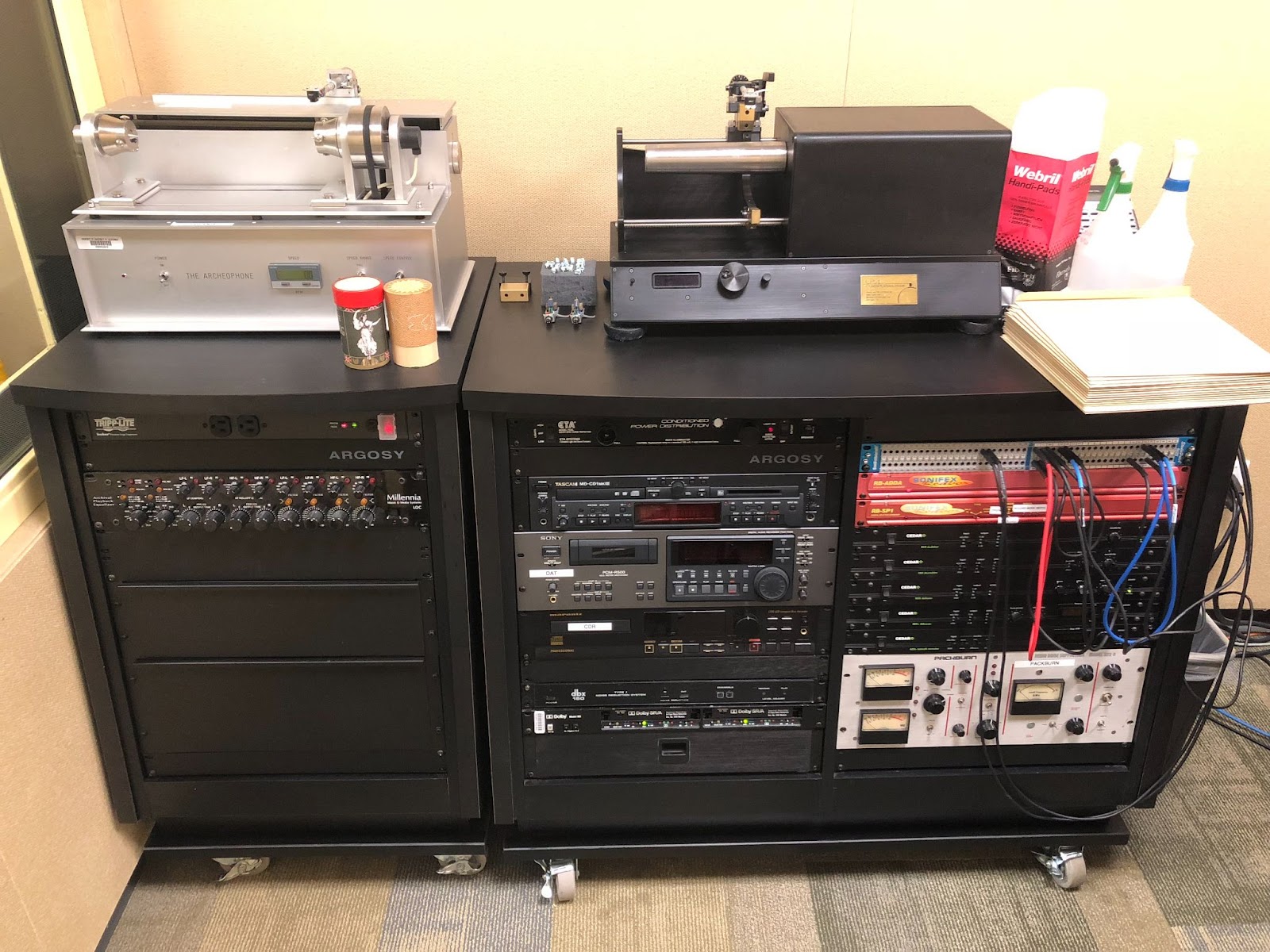 The Lab’s supporting endowment makes it possible to maintain and update this equipment when needed. “Having funding separate from the Library budget and readily available to tap into provides a degree of freedom and helps us keep the Temianka Lab state of the art,” reflected David Seubert, Curator of UCSB’s Performing Arts Collection. “As a cutting-edge facility, it is important for us to push the envelope and try new things. This endowment helps us to be leaders in the field.”

The Fund also supports professional sound archivists and student employees in the Lab, who complete each step of the digitization process from shelving and cleaning records to adding them into an online database. This includes Jason Ho, a student employee who cleans and prepares the records for digitization, and Eric Ederer, the Lab’s senior technician who manages the digitization transfer. In a typical day, Eric digitizes nearly 70 recordings, and estimates he’s completed nearly 30,000 recordings since the start of his career in the Lab in 2015. 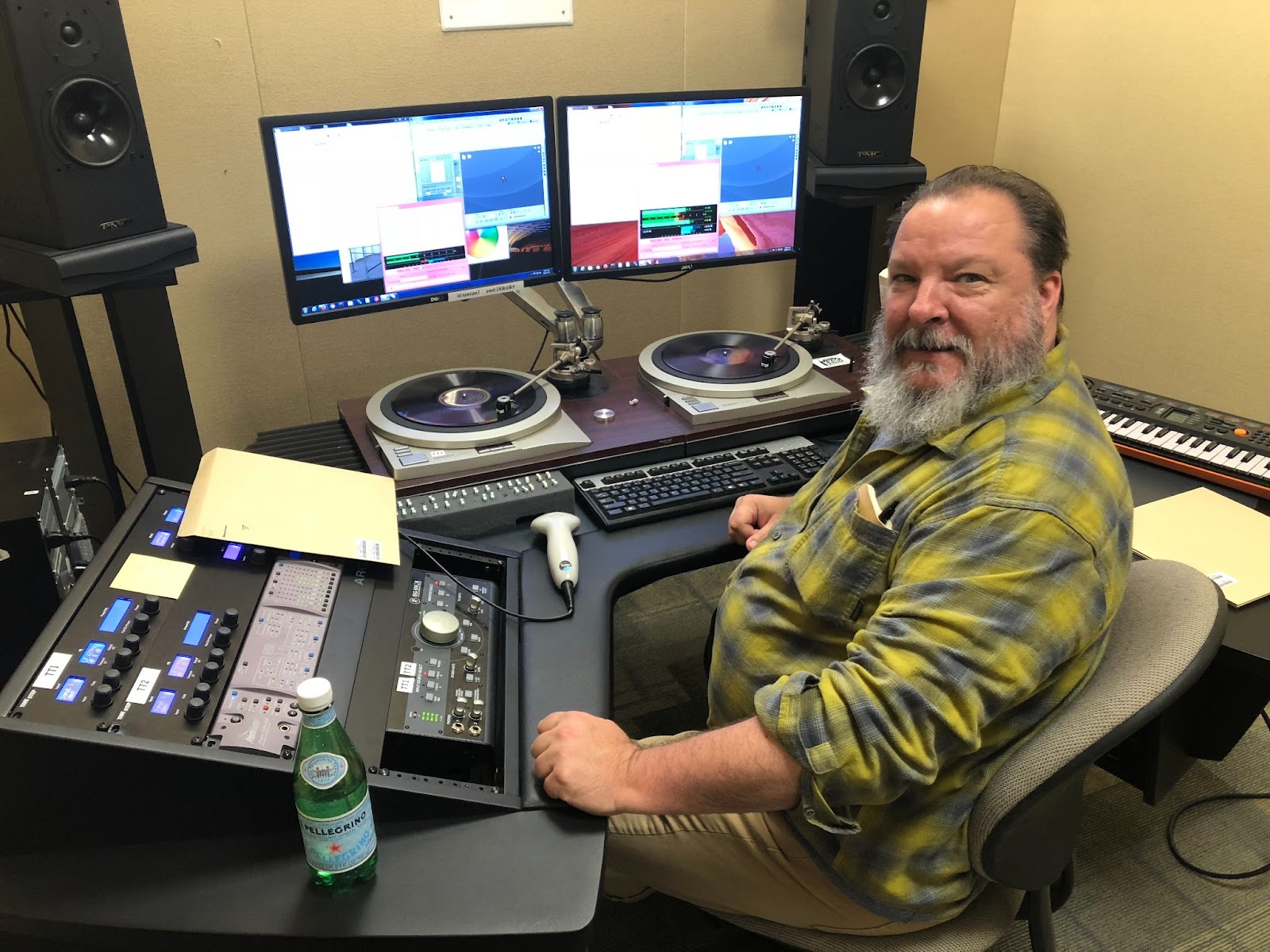 “We have nearly 200,000 recordings altogether,” Eric explained, “so that leaves around 170,000 to go, with more collections coming in. We have years of work ahead of us still.”

However, as with all campus spaces, the Library–and the Lab by association–was forced to close at the start of the pandemic, halting all digitization projects for nearly 18 months.

“It was extremely problematic on two fronts,” David reflected. “On one hand, that was eighteen months of time we will never get back. Secondly, institutional knowledge had been built up and shared between employees, and there was steady momentum behind the digitization process. That was broken by the pandemic.”

Yet despite these setbacks, the largely virtual nature of the pandemic emphasized the importance of the Lab’s digitizing operation. “COVID made it apparent that anything digitized before March 2020 was infinitely more useful for remote learning than anything that was sitting on the shelf, un-digitized,” David explained.

“The point of the work we’re doing is to make [recordings] accessible,” Eric added. “If you were in Ohio and needed access to a recording, for example, we were able to provide that access.”

Not surprisingly, when the Library reopened its doors in July 2021, one of its biggest priorities was to restart the Lab and rebuild the momentum they had lost. Since reopening, the Lab has digitized nearly 7,000 recordings that are now accessible to the public. These recordings stem from two main digitization projects: a collection of 78 rpm discs that are now online in the Discography of American Historical Recordings and an archive of tapes from KCSB, the campus radio station. These are in addition to other unique projects in the queue for digitization, including such recordings as a 1907 Cantonese opera or sounds from the Ottoman Empire.

“Ten years ago, we didn’t have this breadth of collection readily available,” Eric explained, reflecting on his years doing research as a PhD student at UCSB. “Instead, it would require visiting an obscure neighborhood in a foreign city to find someone with only four or five records. Now, I can simply walk downstairs to our collection or go to our online database. For research purposes alone, [the Lab] is an amazing project.”

In addition to researchers, the Lab’s contents also appeal to a general listening audience on a much more personal level. The Lab archivists occasionally receive digitization requests from family members whose parents or grandparents are featured on certain recordings, giving them the opportunity to reconnect with their family history via sound. After being transferred to the online database, those family members now have access to the recordings any time they wish.

In years to come, the Lab expects to increase its digitization output and steadily build UCSB’s digital library of recorded sound, upholding its core mission to make the world’s recorded sound heritage accessible to the widest possible audiences. With the support of Daniel Temianka and Zeinab Dabbah, the UC Santa Barbara Library is able to fulfill this goal and keep the Lab running indefinitely into the future.

"My father, who was a professor at UCSB from 1960 to 1964, was deeply devoted to music education,” Dan commented. “ He would be very gratified to see the contributions being made by the Henri Temianka Audio Preservation Lab." 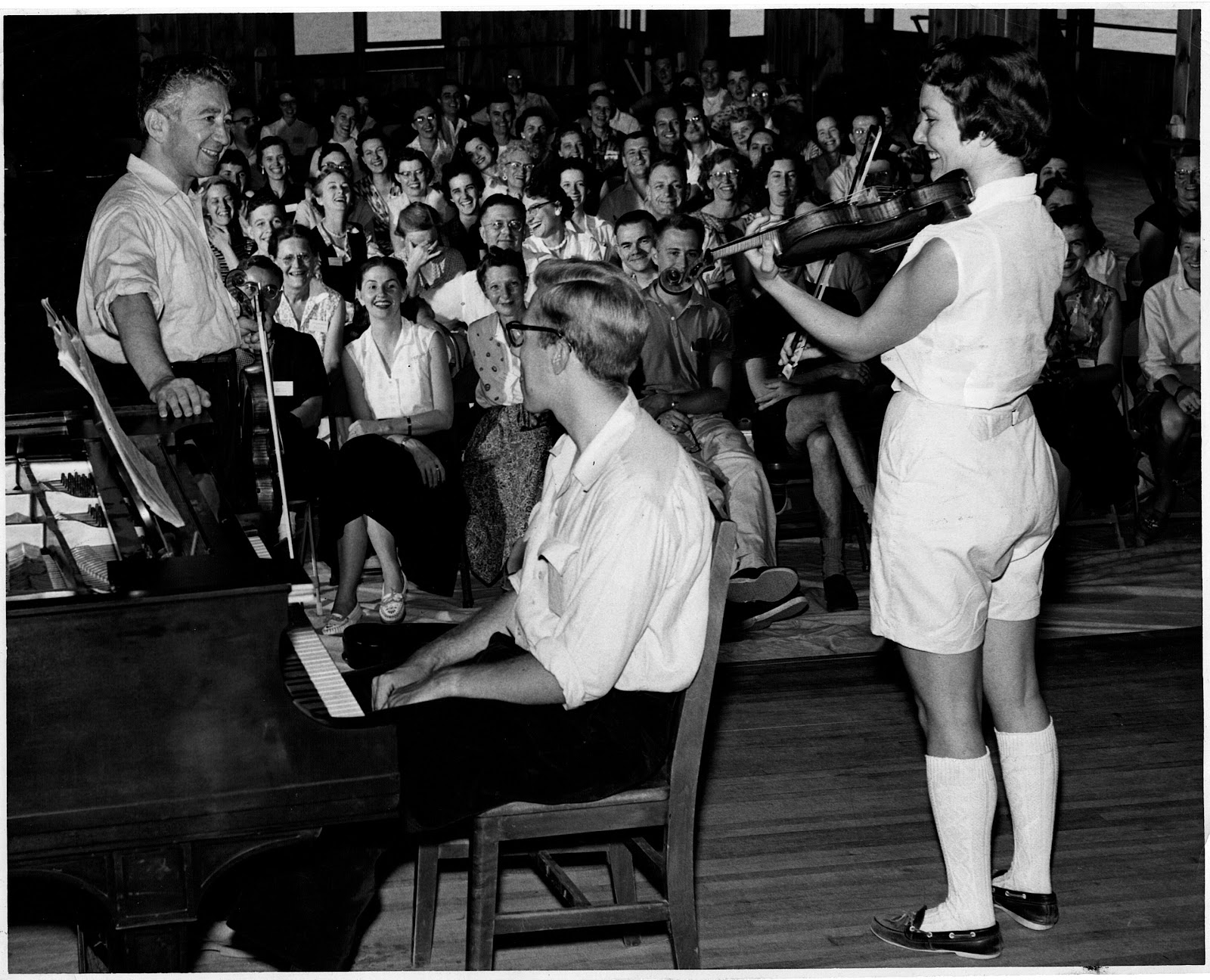 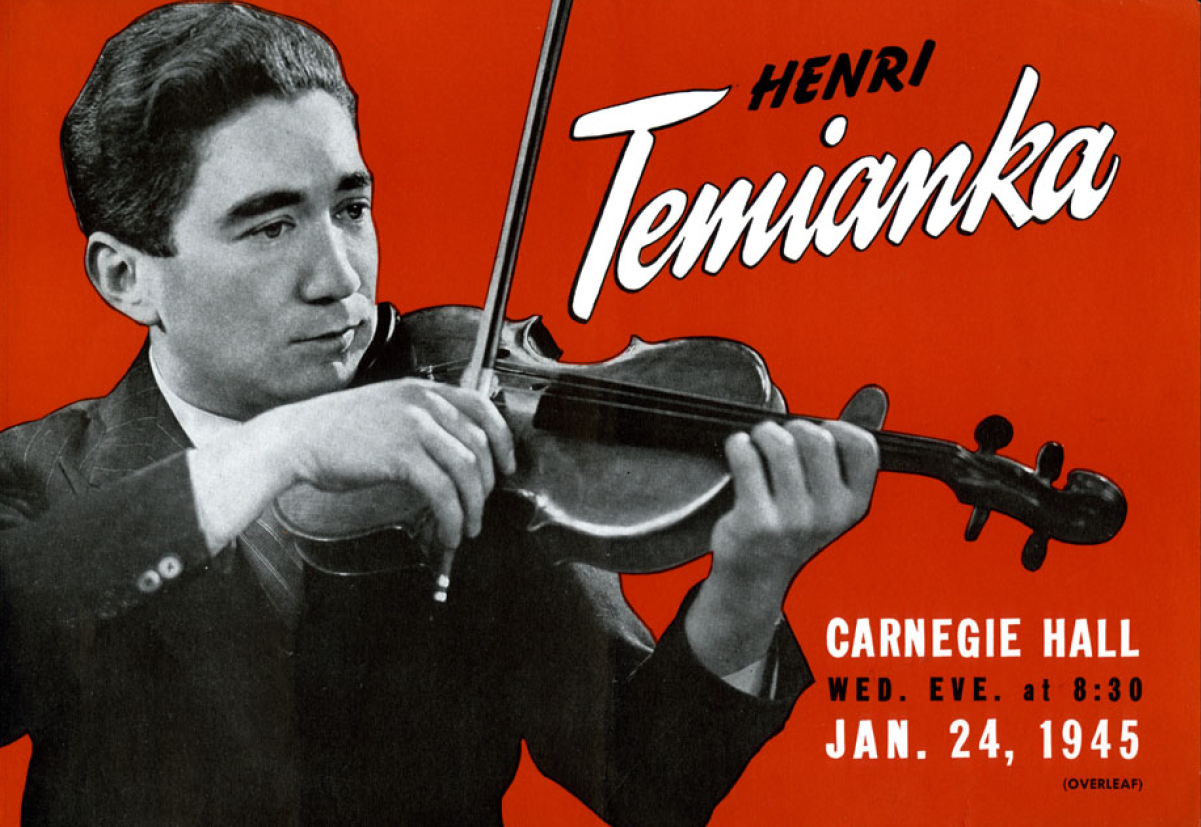