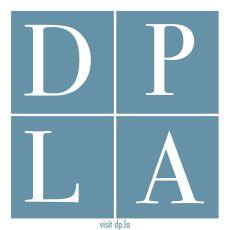 You can’t actually try on Helen Keller’s bathing suit (and wouldn’t want to, because it’s cumbersome), but her old-fashioned way is one of more than 13 million items you can see online via the Digital Public Library of America (DPLA). This online portal, available for free to the public at https://dp.la, offers digital access to photographs, manuscripts, maps, recordings, music scores, videos and more from libraries, archives, and museums around the U.S. Here are just a few examples of DPLA content:

Video footage from the 1965 Watts riots.
A 1924 guide to California published by the Union Pacific System.
President Harry S. Truman’s written approval in 1945 to drop atomic bombs on Japan.
A wax-cylinder home recording from the early 1900s in which a woman talks about her Christmas gifts.

The Yuletide recording is part of UCSB Library’s Cylinder Audio Archive. All content in the Cylinder Audio Archive is now accessible via the DPLA, along with 18,000 other records for items from the Library’s digital collections. The UCSB items are included in the California Digital Library’s Calisphere, which contains records for half a million items digitized and contributed by all 10 UC campuses as well as institutions throughout the state. The California Digital Library is a DPLA “content hub,” which means it provides metadata records to DPLA that lead to digital objects (online texts, photographs, manuscripts, artwork, etc.). Twenty-two percent of DPLA partner hubs are university libraries.

The DPLA, rather than an enormous attic crammed with digital Americana, is a single portal that provides electronic access to collections at institutions around the country, making items available to and discoverable by a much broader audience. Previously, for example, the only way to see Keller’s bathing suit was to visit the Fiske Public Library in Massachusetts. The DPLA website provides general information, metadata (descriptions of objects and manuscripts), and thumbnail images for most materials, along with a link to the supporting institution’s full record of the item.

Our colleagues across the Atlantic came up with the idea first, launching Europeana, with content from European nations, in 2008. The DPLA, funded by grants from nonprofits including the Bill & Melinda Gates Foundation and National Endowment for the Humanities, started in 2013.

The DPLA’s website says it “strives to contain the full breadth of human expression, from the written word, to works of art and culture, to records of America’s heritage, to the efforts and data of science.”

Chrissy Rissmeyer, UCSB Metadata Librarian, explained that DPLA is “not just another search-and-browse portal; it’s also a ‘platform’ that allows users to interact with the content.” Users can search and scan through the collections in a variety of ways, such as by map (e.g., seeking everything available from one state or region), timeline, format, and partner institution.

University Librarian Denise Stephens was recently selected to serve on the DPLA’s Board of Directors.

The DPLA, on Time magazine’s 2013 list of 50 Best Websites, can also be used by software developers and researchers to create new learning environments and discovery tools. Apps created by outside developers, for example, let you search both the DPLA and Europeana.

And Historical Cats is a Twitter bot that generates random images of cats from the DPLA. You cannot escape cats on the web.