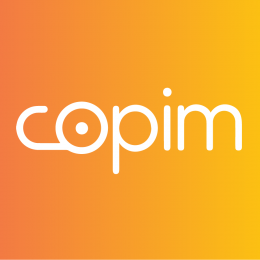 During year one of the project, stakeholder workshops were held in the U.S. and in Europe. As a COPIM partner institution, UCSB Library hosted a virtual COPIM governance workshop on May 1. Originally intended to be an on-site event, the workshop was the first deliverable of Work Package #4, which is developing COPIM’s governance model and governance models for OA monograph publishers.

The workshop brought together governance experts, key stakeholders in OA book publishing, and representatives from allied large community-led projects to begin to collaboratively explore models to sustain a community-based OA service organization that wants to emphasize horizontalist and cooperative knowledge-sharing between communities of professional-public academic practice. Two governance workshop reports were produced and are accessible on COPIM’s Open Documentation Site, where you can also find the workshop reports from the other work packages, as well as other developments and outputs. Explore COPIM’s Open Documentation Site here.

Project reports are also available on the Open Documentation Site. Work Package #3 (WP3), which is piloting the flipping of two academic publishers to open access, recently released the report Revenue Models for OA Monographs. The report analyzes the many open access revenue models in use today.  Press releases are coming soon announcing what university presses WP3 will be working with to flip their business models to open access.

Work Package #5, which is developing the technical protocols and infrastructures to better integrate OA books into library, digital learning, and repository systems released their first report, WP5 Scoping Report: Building an Open Dissemination System. The report concentrates on the metadata requirements of key stakeholders in the scholarly communication supply chain that will enable open access books publishers to widely disseminate their catalogs to a variety of information systems.

In year two of the project, expect more of an emphasis on outreach and product design. To keep up with COPIM developments follow us on Twitter at https://twitter.com/COPIMproject.