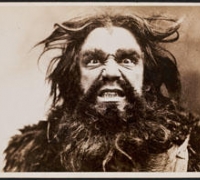 In addition to a full career in the field of petroleum exploration, discographer, author and library benefactor William R. Moran (1919-2006) pursued a lifelong interest in early opera recordings and artists, especially those artists who recorded for the Victor Talking Machine Company.

The images and artifacts on display are from Moran’s personal collection, now held by Special Collections. These images and artifacts cover opera’s “Golden Age,” typified by the grand operas of Meyerbeer, Verdi and Wagner, and singers such as Enrico Caruso, Adelina Patti, Nellie Melba, and Jean de Reszke.  This period extends, roughly, from the mid 19th century into the first quarter of the 20th.