Selections from the Isaac Foot Collection 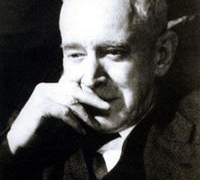 Selections from the Isaac Foot Collection

Selections from The Isaac Foot Collection are on exhibit in the Department of Special Collections, on the third floor of the Davidson Library, through November 14. Acquired in 1962 from a private estate in Great Britain, the collection of 52,000 volumes and numerous manuscripts was one of the largest purchases in UC’s history.

Highlights of the exhibit include stunning handwritten and illustrated 13th and 14th century bibles. Also included are other 16th century bibles and bible leaves; 17th century works by John Milton; 18th century editions of works by Jonathan Swift, Alexander Pope, William Hogarth, and James Cook (his Voyage Towards the South Pole...); and manuscripts ranging from the 17th to 20th centuries, such as a 1947 letter from H. L. Mencken to Idwal Jones, hoping that he is “…in roaring health and full of subversive ideas.”

Additional information about Isaac Foot, his collection, and how it came to the University of California also are featured in the exhibit and in the Online Archive of California.

Please stop by and see some of these treasures from Special Collections.