The Future in the Past: Works of Science Fiction and Fantasy From the 19th and Early 20th Centuries 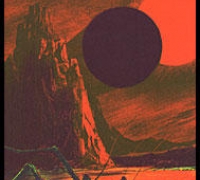 This exhibit featured the works of several dozen authors who wrote speculative fiction or fantasy, a genre that later came to be known as Science Fiction. The exhibit covered the years 1818 through 1924 and began with Mary Shelly’s Frankenstein: or The Modern Prometheus (1818), generally acknowledged to be the first work of Science Fiction. The term "science fiction," however, did not appear until the 1930s. It is usually attributed to Hugo Gernsback (1884-1967), the editor of Amazing Stories.

Also featured a number of works, some well known, others quite obscure, by authors such as Edgar Alan Poe, Samuel Butler, Jules Verne and H.G. Wells. A number of authors whose work is not primarily associated with this genre, such as James Fenimore Cooper, Jack London, and Rudyard Kipling were also included.

The exhibit concluded with several works by the Czech author and playwright Karel Čapek, whose 1920 play, R. U. R. (Rossum’s Universal Robots) is the original source of the word robot (from the Czech robota, usually translated as forced labor or drudgery). Čapek’s own take on creation echoed the theme established by Mary Shelly a century earlier.

The following works (all available in the Main Library) provide a full account of the history of Science Fiction and Fantasy and the authors included in the exhibit: