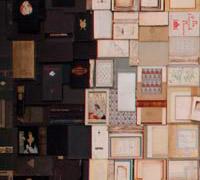 I have incorporated altered books into my work for more than a decade after collecting antique books while living in England. Initially I saw it as a way of breathing new life into a forgotten art. At the turn of the previous century, book cover designs were a form of artwork in their own right and I wanted to take them off the shelf to expose them. But the future for hardback books looks precarious. At an astonishingly rapid pace, the publishing industry has morphed into online products for digital readers and the audiobook market expanded far beyond books for the blind. While traditional publishing shrinks, the digital industry is exploding and bookstores across the U.S. are closing at an alarming rate. The same sea change is in libraries as stacks are replaced with computer stations.

When I grew up nearly every town in the world had a library, and even in the rural Midwest where I lived, the monthly bookmobile visited us as it made its way across our farmlands. These humble traveling repositories were a cherished part of my childhood. That rarity in my youth planted the seed of my fascination for holding a stamped leather binding in my hand. That is also where the perversity resides. As I watch books lose their place in the world, my work with them becomes less deferential and more destructive. I now seek out the utterly discarded, shredding and searching them for water damage and other forms of defacement. Interior designers buy books merely for decoration, arranging them by color in a client’s office where they are dimmed out by the glow of a computer screen, never meant to be removed from their artfully rigid placement to actually be read.

“Lament” is a final bow to the book as a reverential object. I ponder what books represent; knowledge, and how knowledge expands by a form of accretion, one fact upon another, until it becomes a Body of Knowledge. “Lament” is an accretion of some 2,000 book covers, layer upon unruly layer, no longer readable, no longer even decorative. Merely a cacophony of the shreds of a bygone era. Their spine titles obliterated into haiku morsels. A modern reliquary for sound bites, a keening iTune.

“Lament” is a “poem of mourning.” In the center of this mélange is a restful place that represents the beginning of it all — The Word. In the middle of a sea of stained papers, like a gyre in the larger sea of knowledge, is the idea of THE WORD as a Stain Upon the Silence.

I could not have gone on through the awful wretched mess of life without having left a stain upon the silence ... Samuel Beckett

Forgive me for smudging the air with my song ... Leonard Cohen 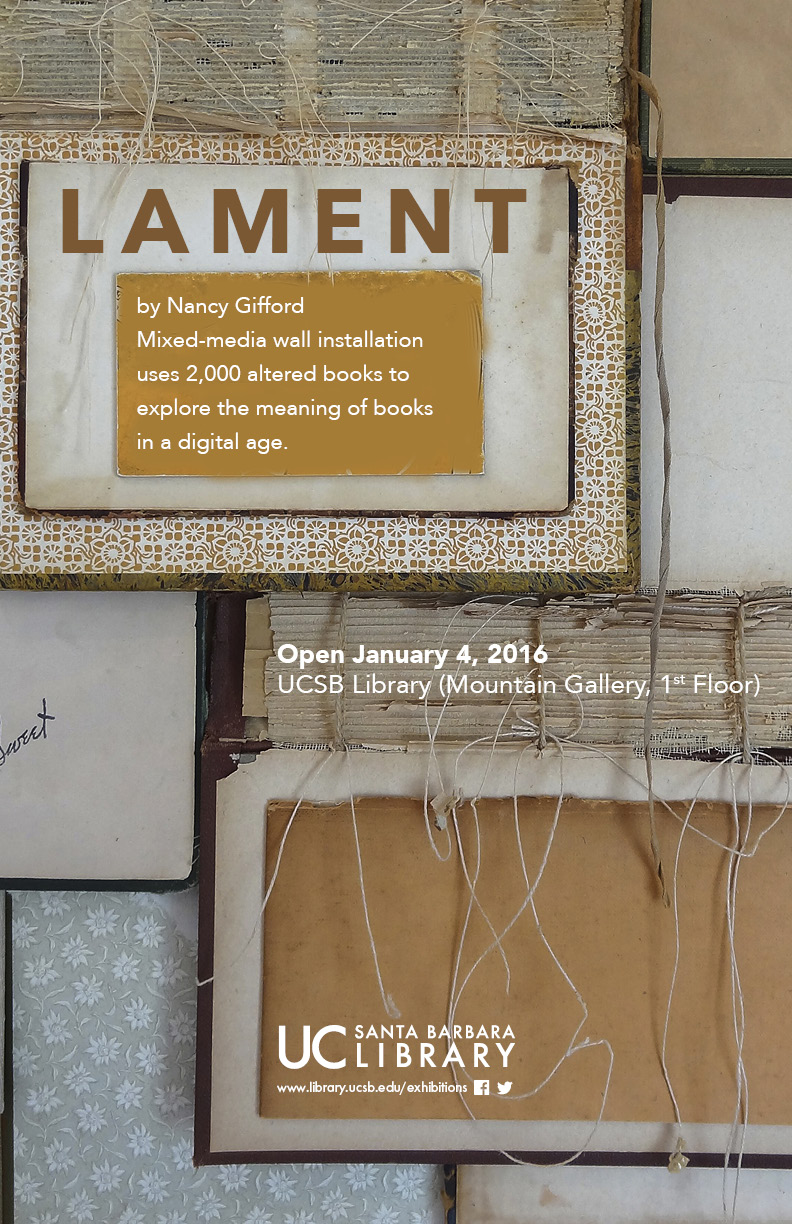