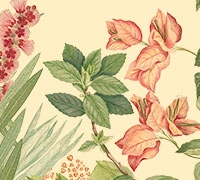 Botanical Illustrations and Scientific Discovery—Joseph Banks and the Exploration of the South Pacific, 1768–1771

The UCSB Library presents Botanical Illustrations and Scientific Discovery—Joseph Banks and the Exploration of the South Pacific, 1768–1771, an examination of the impact of 18th century botanical illustrations.

Join British Botanist, Sir Joseph Banks, on a journey of discovery as he sets sail on James Cook’s 1768–1771 voyage to Australia and New Zealand aboard the H.M.S. Endeavour. This exhibition will examine 18th century botanical illustrations and their role in documenting not only the plant specimens being collected by Banks, but the cultural exploration and mapping of a new world. A highlight of the exhibition will be a selection of illustrations, featuring Santa Barbara flora and fauna, from Banks’ Florilegium. The Florilegium is comprised of 35 folios featuring 743 copperplate engravings produced from the sketches of plant specimens produced by Scottish botanical artist, Sydney Parkinson.

This exhibition was made possible by the donation of the Banks’ Florilegium from Virginia Gardner and from a larger rare book donation from the Santa Barbara Botanic Garden.  Complementing the illustrations are representations of the plant specimens from the Cheadle Center for Biodiversity (UCSB) that were originally collected on the H.M.S. Endeavor and later disseminated globally bringing South Pacific native species to Southern California and Santa Barbara.

Opening reception on Thursday, October 12, 2017 in the UCSB Library.

Botanical tour of campus with Bruce Tiffney on Monday, October 16 at 4 pm.  Space is limited.  Please contact aregan@ucsb.edu for more information and to reserve a spot. 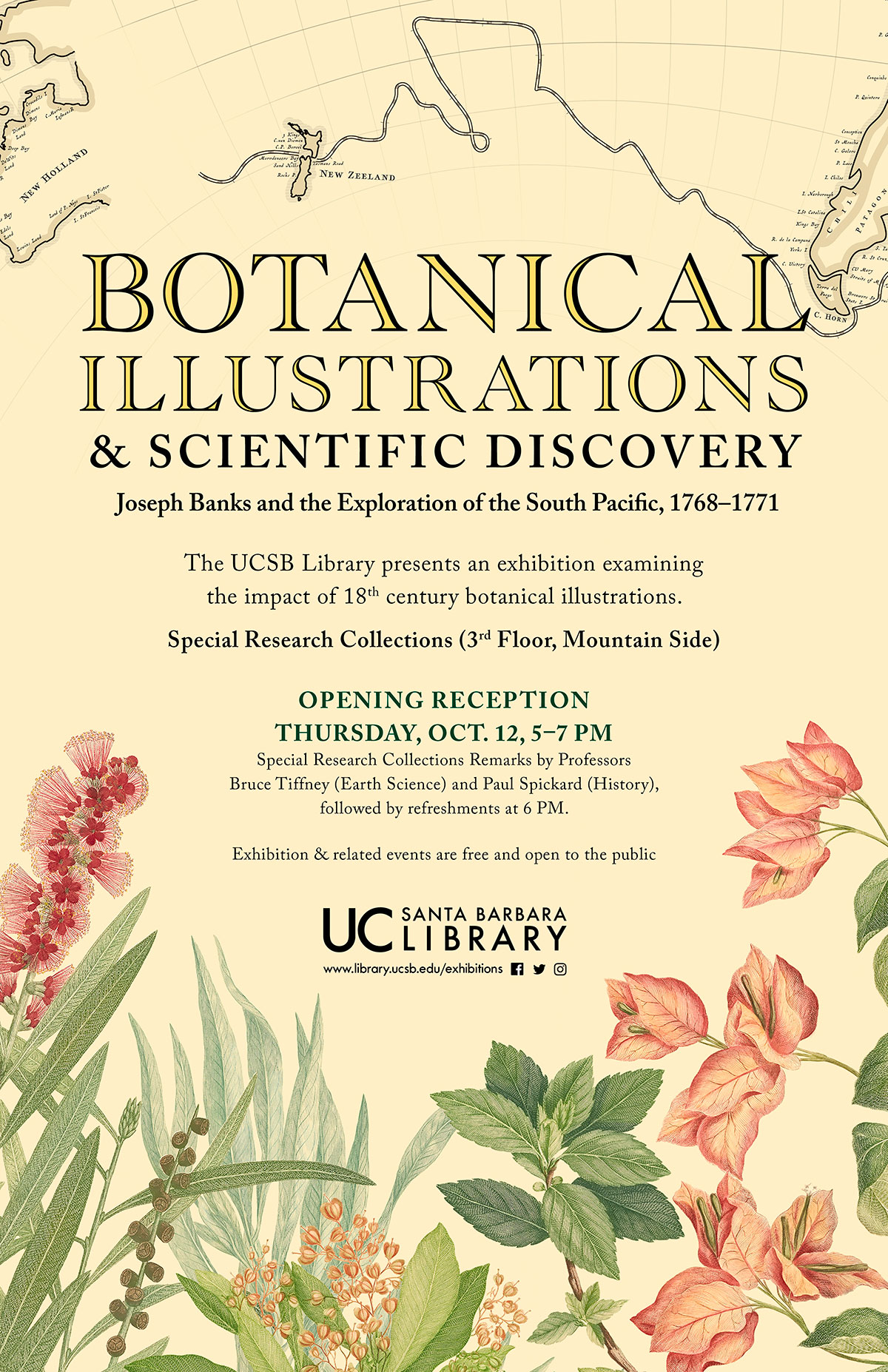