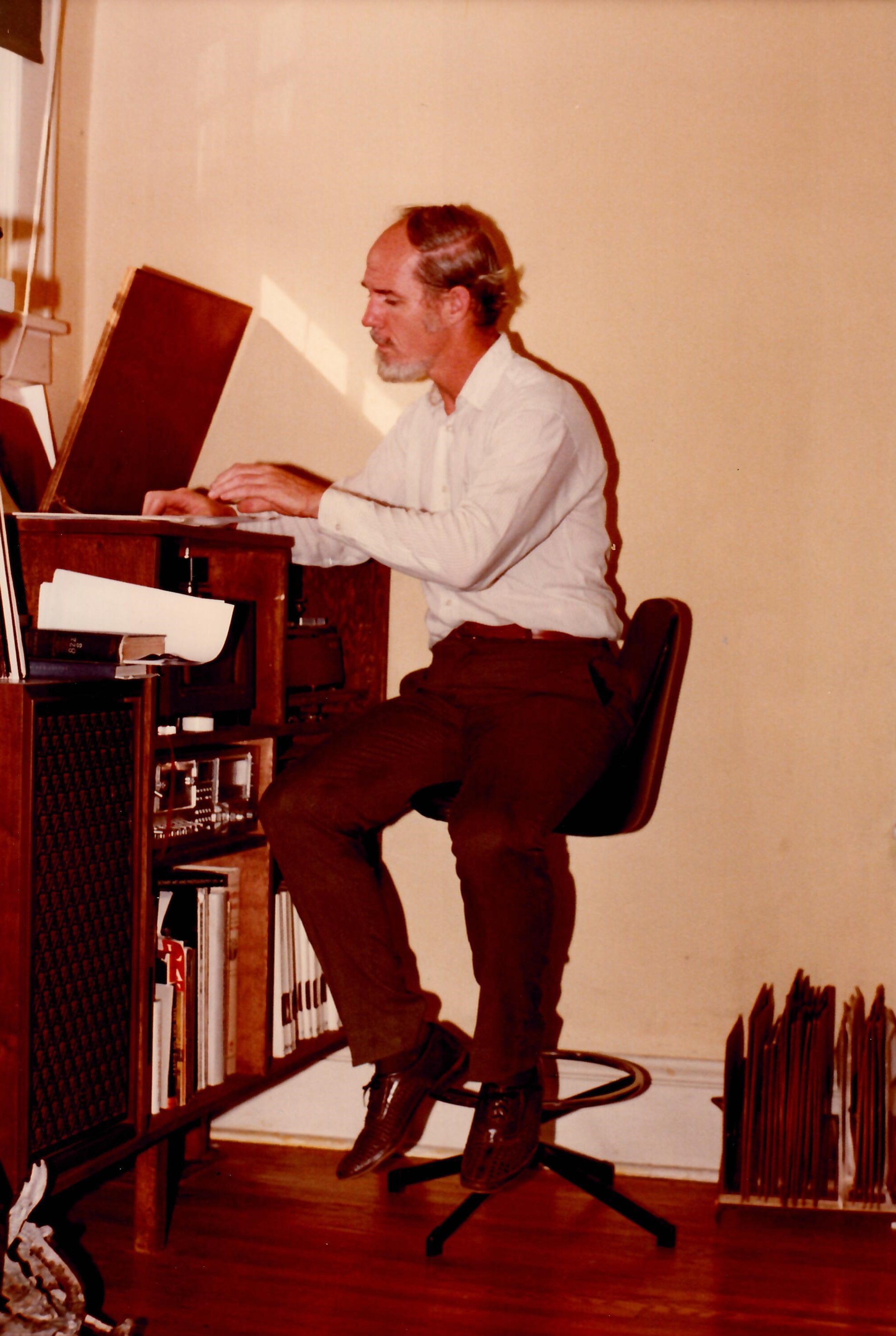 The Dr. Robert J. O’Brien Shakespeare Recording Collection (PA Mss 159) is the result of many years of study, collection, and travel.

When he was an undergraduate at Louisiana State University, Dr. O’Brien “discovered for the first time how delightfully amusing Shakespeare can be” while listening to a professor recite. He wrote articles on Shakespeare as a college student, mostly regarding the meter and formation of a verse. Bob received a BA in English from Louisiana State University in 1958. He later achieved a Master of Arts in 1963 and Doctorate in 1973 from the University of Iowa. Before teaching at West Virginia Wesleyan College in Buckhannon, WV, Robert O’Brien taught at the University of Maryland in Asia and Germany.

As a student and later driving to visit his children, Dr. O’Brien paid close attention to actors’ delivery of iambic pentameter. In “The Player’s Guide to Reading Shakespeare Aloud”, he provides instruction for preserving iambic pentameter. He has made multiple presentations at ARSC (Association for Recorded Sound Collections) conferences.

The time spent listening to Shakespeare turned into a consuming passion to collect recordings of Shakespeare. His collection of over 1,200 disc recordings and 200 CDs date as far back as 1911. There are many recordings of well known actors such as Sir Ian McKellen, Christopher Plummer, Dame Judi Dench, John Gielgud and Dame Maggie Smith. There are some surprises like Edwin Booth, Jayne Mansfield reciting Shakespeare, and Andy Griffith with a comic view of Hamlet. Some of the rare recordings include, Bernhard Beaumeister, a German actor born in the 1800s, Harry Humphrey, Henry Ainley, William de Wolf Hopper, Balliol Holloway and unknowns such as Frank Burbeck and Agnes Futterer. Later Dr. O’Brien was delighted to add several non-English recordings, including Spanish, French, German, and Hebrew. Dr. O’Brien considered his Shakespeare discography incomplete because on occasion he would continue to discover a rare or unusual recording that was not included in his collection.

This collection preserves voices. Dr. O’Brien understood the importance of sound preservation. His hope was that students of Shakespeare would be able to compare Shakepeare’s characters delivered by a multitude of actors in a variety of languages from many different eras. Dr. O’Brien’s goal was to provide as much history of a recording as possible and make this information available to everyone. Dr. O’Brien’s own voice was preserved by StoryCorps in 2018. In addition, some of his presentations are preserved in the ASRC archive.

The Dr. Robert J. O’Brien Shakespeare Collection was acquired by the UCSB Library in 2019. In addition to the numerous recordings, the collection includes several of Dr. O’Brien writings and his working copy of The Shakespeare Discography.

A finding guide to the collection is currently in preparation. For more information on the collection, assistance in using the materials, or to see Dr. O'Brien's collection inventory, please contact Special Collections staff at special@library.ucsb.edu.