The Edouard Pecourt Collection is an extraordinarily rich collection documenting many areas of 20th-century music history, including Astor Piazzolla and the Argentine tango, Latin American music, and the early French sound recording industry.

Born in Montmartre, Paris, France, Edouard Pecourt (1925-2008) lived in France until 1986, when he married American Jocelyn Howells and moved to Portland, Oregon. From 1954 until the move, Pecourt ran La Boîte à Disques at 58 bis Rue du Louvre in Paris, where he sold antique phonographs, records, and postcards. In Paris, Pecourt imported many tango recordings from South America and worked as a record consultant for the Odeon record company. Pecourt was a friend of Astor Piazzolla, Eduardo Falú, and other well known tango artists and composers. He was a world-renowned historian, archivist, discographer, and collector of all things related to tango music and dance. Like many dealer/collectors, he both bought and sold, keeping the best for himself. In this case, the best ended up in his tango collection, numbering over 9,000 78rpm discs. His goal was comprehensiveness, and in some areas—such as the recordings of Carlos Gardel—he achieved it. 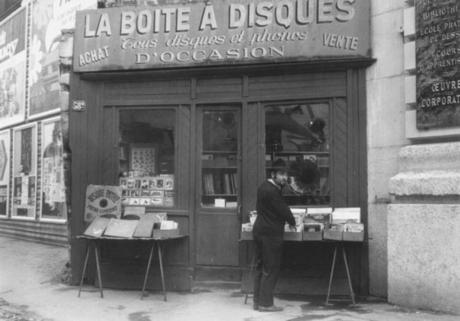 Acquired by the UCSB Library in 2010 and 2013, the collection contains:

The manuscript and ephemeral material portions of the collection comprise the Edouard Pecourt Tango and Latin American Music Collection. For a description and inventory, consult the finding guide in the Online Archive of California (OAC).