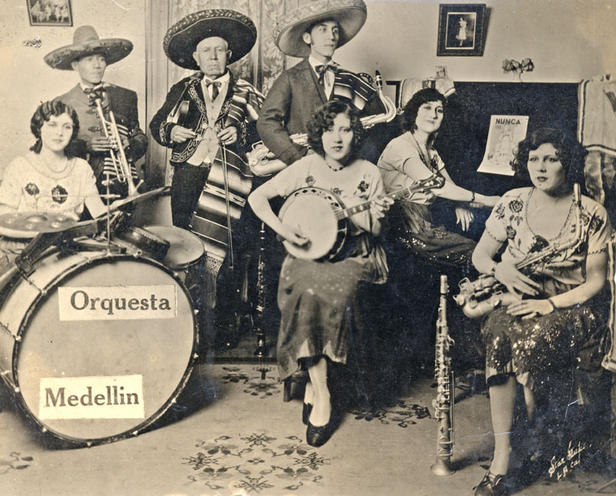 This is a small collection of photographs and ephemera (ca. 1928 - 1950) consisting of a photo album that was originally created and given as a gift from Amelia M. Lopez to Jack and Margie Lopez of Los Angeles on February 9, 1995. It contains 197 photographs (9 are in color, 188 are black and white). A majority of the images are posed portraits of the Orquesta Medellin, a Los Angeles-based Mexican American orchestra, on stage, at home and traveling (probably on tour). The second largest group of photographs are of the family of Amelia Medellin, the group’s leader; the images depict the suburban life of a Mexican American family post World War II, including family portraits and images of children in costumes or uniforms. One article from 1932 (in Spanish) includes a photograph of a woman identified as Amelia Medellin; this is likely to be Amelia M. Lopez. Amelia Medellin who was the 1932 Reina de las Fiestas Patrias (Queen of the Mexican Independence Day Patriotic Fiestas) in the Belvedere neighborhood in East Los Angeles, CA. Photographs include her depiction in this role. 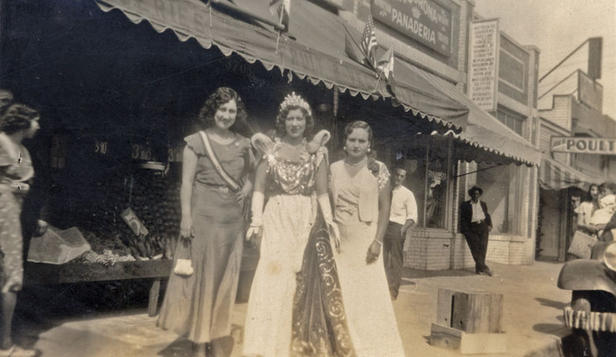