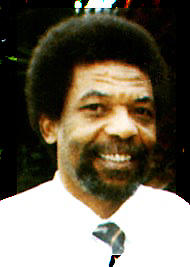 Charles C. Irby was a cultural geographer who was a pioneer in the development of ethnic and gender studies in this country. Irby was a founding member of the National Association for Interdisciplinary Ethnic Studies (which later became the National Association for Ethnic Studies) and served as president of the association from 1976 to 1978. A prolific author in the field of ethnic studies, he was also editor of NAES publications. The Charles C. Irby Collection was deeded to the California Ethnic and Multicultural Archives of the University of California, Santa Barbara, on February 21, 1996.

Irby earned his doctorate in Geography (1978) from Simon Fraser University, British Columbia. His Master's degree in Geography (1968) is from the University of California, Davis. Irby served in the U.S. Air Force from 1957 until 1960.

Irby taught at various universities, including Simon Fraser, the University of Oregon, and the University of California, Davis. From 1974 until his death in 1987, Irby was a professor of ethnic and women's studies at California State Polytechnic University, Pomona where he was the university's chair of the Ethnic and Women's Studies Department from 1974 to 1980.

The Charles C. Irby Collection spans thirty linear feet and encompasses materials in many formats, including manuscripts, correspondence files, audio-visual materials, research notes, and drafts of Irby's publications. The materials will be housed in the UCSB Library's Department of Special Collections, as part of the California Ethnic and Multicultural Archives.

In a tribute to Charles C. Irby, the National Association for Ethnic Studies called attention to the principles for which he worked: "that ethnic studies serves a necessary purpose in today's society and that only by understanding this country's rich multi-racial and multi-cultural heritage will it be possible to create a more loving and just society."