Guide to the Iris Chang Papers 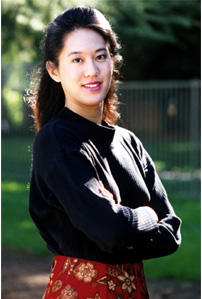 Iris Chang [was] one of the nation's leading young historians. Her latest, widely acclaimed book focuses on Chinese immigrants and their descendents in the United States -- their sacrifices, their achievements and their contributions to the fabric of American culture, an epic journey spanning more than 150 years. But even before the publication of  The Chinese in America: A Narrative History, Chang had established herself as an invaluable source of information about Asia, human rights, and Asian American history.

In her international bestseller, The Rape of Nanking, Chang examines one of the most tragic chapters of World War II: the slaughter, rape and torture of hundreds of thousands of Chinese civilians by Japanese soldiers in the former capital of China. Stories about Chang's grandparents' harrowing escape were part of her family legacy and prompted her to embark on this ambitious project, for which she interviewed elderly survivors of the massacre and discovered thousands of rare documents in four different languages. Published by Basic Books on December 1997 (the 60th anniversary of the massacre) and in paperback by Penguin in 1998, The Rape of Nanking - the first, full-length English-language narrative of the atrocity to reach a wide audience - remained on the New York Times bestseller list for several months and was cited by Bookman Review Syndicate as one of the best books of 1997.

Iris Chang's many accolades include the John D. and Catherine T. MacArthur Foundation's Program on Peace and International Cooperation Award, the Woman of the Year award from the Organization of Chinese Americans, and an honorary doctorate from the College of Wooster. Chang has written for numerous publications, such as the New York Times, Newsweek and the Los Angeles Times, and has been featured by countless radio, television and print media, including Nightline, the Jim Lehrer News Hour, Charlie Rose, Good Morning America, C-Span's Booknotes, and the front cover of Reader's Digest. Chang also lectures frequently before business, university and other groups interested in human rights, World War II history, Cold War history, the Asian American experience, Sino-American relations, and the future of American civil liberties. 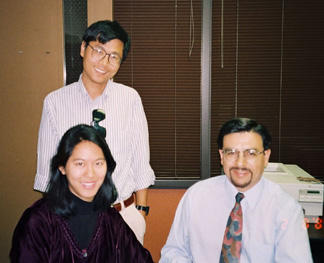 Iris Chang was born in Princeton, New Jersey, and grew up in Champaign-Urbana, Illinois, where she earned a bachelor's degree in journalism from the University of Illinois in 1989. She worked briefly as a reporter for the Associated Press and the Chicago Tribune before completing a graduate degree in writing from the Johns Hopkins University and launching her career as a full-time author and lecturer. The Iris Chang Papers at present consist of aproximately 35 linear feet of research files and correspondence mostly related to her first book, Thread of the Silkworm. The collection includes manuscripts, correspondence and promotional materials on her book The Rape of Nanking, as well as published articles she wrote on diverse topics. There are also awards and certificates, news articles about her, professional and family photographs.