Guide to the Alurista Papers

Chicano Park 40th Anniversary Video - Part Three
Alurista reads from one of his books in this section. 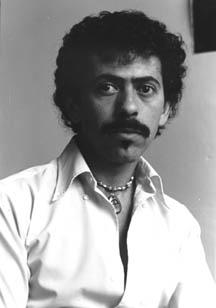 Alurista is one of the leading literary figures of the Chicano Movement era. He is most well-known for his support of the Chicano Movement through his literature and poetry. Alurista was an early Chicano activist, credited in helping to establish The Centro Cultural de la Raza in San Diego. During the Chicano Movement Alurista authored significant manifestos of the movement. He was one of the first poets to establish the concept of Aztlan in his writings. A concept which envisions a return to the praises of the Aztec civilization. He is also the co-founder of Movimiento Estudiantil Chicano de Aztlan, Mecha which when translated, means Chicano Student Movement of Aztlan helped organize the Chicano Studies Program at San Diego State College.

Alurista was born in Mexico City on August 8, 1947, given the name Alberto Baltazar Alurista. It was in 1966 that he began to write ardent poetry for publication and adopted the pen name Alurista, which is the only name he uses now. When Alurista began to publish poetry in the late 1960s he soon became recognized for his dexterity in English, Spanish, Raya, and Nahuatl, and also for blending standard and slang languages in his writings.

After coming to the United States as a teenager, Alurista graduated from High school in 1965 and began studying business administration at Chapman College, in Orange, California, only to find that this field was uninteresting to him. He then transferred to San Diego State College and began studying religion. However, when he found the overwhelming dogma of the instructors too much for him, he switched to sociology, then to social welfare. It was at San Diego State that Alurista helped establish MECHA in 1967. During the Denver Youth Conference in 1969, Alurista helped draft El Plan Espiritual de Aztlan (The Spiritual Plan of Aztlan), which offered support to the resolutions being adopted by the conference members. After working as a psychiatric child-care worker and as a counselor, he worked with Volunteers in Service to America (VISTA) and the Brown Berets. He then graduated with a BA in psychology from San Diego State in 1970.

Alurista went on to earn his M.A. from San Diego State in 1978 and then his Ph.D. in literature from the University of California, San Diego in 1983. He focused his dissertation on the novel, The Revolt of the Cockroach People, by Oscar Zeta-Acosta. He has since then published five anthologies of his poetry. He has written many essays and literary criticisms on the Chicano Movement as well as on Chicano culture, that have been widely published in anthologies, journals, and newspapers. He has lectured at many colleges, universities, and at other establishments worldwide. Alurista taught at California State Polytechnic College in San Luis Obispo as a professor of Spanish from 1986 to 1990. He now resides in Denver, Colorado, where he is a faculty member at Escuela Tlatelolco teaching Chicano thought, culture, and literature. He also continues to lecture and give readings at universities throughout the country.

The Alurista papers were established in CEMA in 1991. The collection consists of scripts, correspondence, photographs, autographed books and ephemera.

For his earlier literary transcripts researchers will want to consult the Benson Latin-American Collection at the University of Texas, Austin. Alurista's literary manuscripts up to the year 1972 are located there.