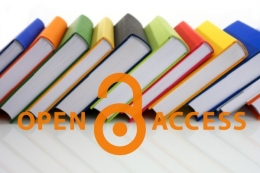 An ambitious project to develop new and innovative open access publishing models just got a major funding boost from Research England, and UC Santa Barbara is among the principal partners.

The $3.6 million, three-year project (to be funded with £2.2 million from Research England and £600,00 from the partners) will support Community-led Open Publication Infrastructures for Monographs (COPIM), a project designed to transform open access (OA) book publishing in the humanities and social sciences to a more horizontal and cooperative, knowledge-sharing approach, and ultimately to help ensure that publicly funded research is widely and freely accessible to all.

The project will be led by Coventry University, with key project leaders including Sherri Barnes, the UC Santa Barbara Library’s scholarly communication program coordinator, and Eileen A. Fradenburg Joy, founder and co-director of Punctum Books and the campus’s Arnhold-Punctum Publishing Lab, a scholar-led monograph publishing collaboration with the library and UC Santa Barbara’s Writing Program.

“COPIM puts UC Santa Barbara in a leadership role with regard to the transition to open access in monograph publishing,” said Barnes. “Scholar-led OA publishing is author-centered, mission driven, and cooperative. Scholars are at the center of the editorial work, with librarians and technologists applying their expertise as stewards of the scholarly record. We’re working to solve big and important problems that empower faculty authors, libraries, and universities, while returning some of scholarly publishing to the academy.”

“The University of California is very committed collectively — not just the libraries, but faculty leadership and administrators, including UC President Janet Napolitano — to opening up scholarship created by UC researchers to be freely available to all to read and make use of,” said University Librarian Kristin Antelman. “Making good on that requires the investment of time, effort, money and political capital toward transforming the current, very closed, scholarly publishing system for both journals and books.”

While the COPIM project focuses on book publishing, the issues surrounding both book and journal publishing are highly intertwined and part of a larger UC commitment to find sustainable and more transformative models for scholarly communication, as laid out in the UC Libraries’ “Pathways to Open Access” document released last year.

Added Antelman, “When I started as a librarian around 1990, there was kind of an unspoken goal that you tried to balance your collections budget 50/50 between journals and monographs. The current balance in research libraries is closer to 80/20 in favor of journals. That whole balanced model was thrown out as journals became more and more expensive.”

COPIM’s goal is to address the key technological, structural and organizational hurdles — around funding, production, dissemination, discovery, reuse and archiving — that are standing in the way of the wider adoption and impact of OA books. Joy, one of the authors of the grant proposal, noted, “COPIM involves fundamentally re-imagining the relationships between key players in academic book publishing.”

Further manifesting the concept of open access, as the team was writing the grant, they made it public on a website, “so people could see what we were doing, and with Hypothesis annotation software they could give us notes,” Joy said. “We are five presses run by academics and we’re trying to do things a little bit differently. We are working on questions like, ‘How can we create the tools for publishing more accessible and open source and how can we rewire the business model in collaboration with libraries and publishers?’

“We want to try to move to a model where everything’s in daylight, everything’s transparent and the books themselves are community-controlled and community-owned, and everything is done in collaboration and not competitively,” she continued. “It’s going to be interesting to see how that develops.”

The effort funded by COPIM includes seven interconnected work packages, two of which will be concentrated at UC Santa Barbara. The first, led by Joy in collaboration with Joe Deville of Lancaster University, will create new funding channels for open access book publishing, including devising new consortial funding models designed to maximize the ability of libraries to directly support open access publishers and content that best serves the needs of their highly localized constituencies.

The second, led by Barnes in collaboration with Janneke Adema of Coventry University, will develop new open access community governance models that will support the needs of a valuably diverse and hybrid community of open access publishers.

However, cooperation will be a common thread throughout all areas of the COPIM project.

“Many UC Santa Barbara faculty members are also publishers and active members of their respective societies’ publishing programs,” she continued. “Their input will be valuable. There will be opportunities for faculty and students to participate in workshops and public events that will be held at UCSB. I encourage faculty and graduate students to join UCSB’s Scholarly Publishing and Communication Discussion List to stay abreast of developments and related local programming.”

by Leslie Dinaberg
Originally published in The Current