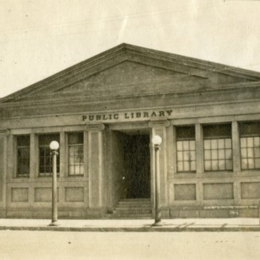 “This gift serves as a perfect example of how two public institutions can work together and use their strengths to serve the community,” said Zachary Liebhaber, Head Archival Processing Specialist at UCSB Library.

For years, the materials lived in filing cabinets and bankers' boxes at SBPL, patiently waiting to be rediscovered. Though treasured and admired by those familiar with them, limited resources did not allow for proper storage, preservation, and accessibility of these locally significant collections.

“Public libraries have evolved a lot over the last hundred years, and SBPL has chosen to focus more on the part of our mission related to literacy and learning,” said Molly Wetta, Public Services Manager at SBPL. “So it’s fantastic that UCSB recognizes they can use their expertise and resources to care for this piece of local history and make it more accessible to the community and researchers.” 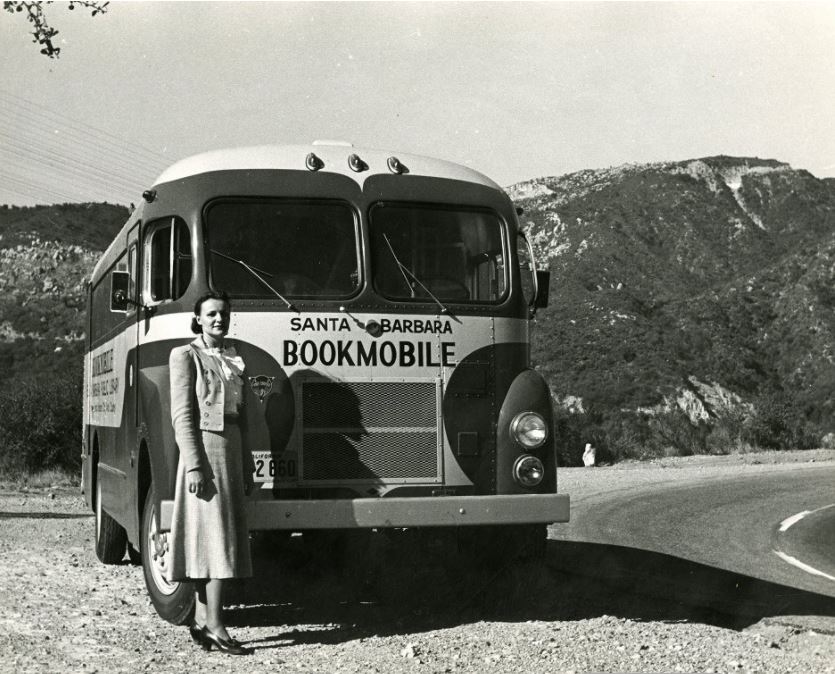 The Santa Barbara Public Library Archives contain the organizational records of the SBPL and its branches, including annual reports, correspondence, clippings, photographs, scrapbooks, deeds and contracts, registers, catalogs of books, publications, and much more, all dating from the 1870s through the 2010s. It isn’t often such rich local library history is preserved in physical format, making this acquisition particularly unique.

The collection materials depict how library services have evolved over the last hundred years. Considered to be one of the oldest public libraries, SBPL served remote communities, construction camps (like Gibraltar Dam), and oil leases in Santa Barbara County by traveling to these areas with books in tow. In the photo below you’ll see the image of SBPL librarian and workmen entering the Santa Barbara Waterworks Tunnel, with books for the camp library in the front of the car protected by canvas, providing a snapshot into both our local history and the world during a time where access to information wasn’t a simple Google search away. 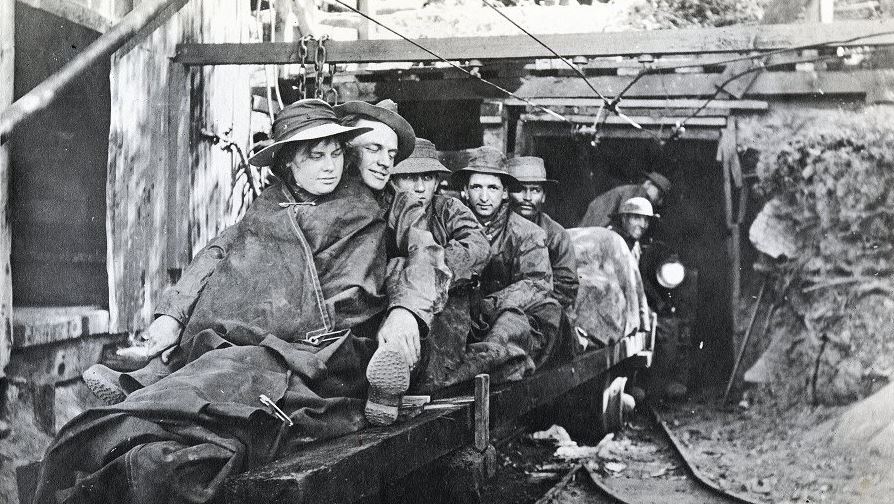 The records also provide a unique snapshot into the late-19th and early-20th century SBPL community. They include a catalog of library books from 1885, a record of local accessions from 1892-1906, and even correspondence surrounding the design and construction of the landmark Central Library building on Anapamu street (1914-1917). Among the scrapbooks in these records is a meticulously organized collection of Faulkner Gallery art exhibition catalogs from 1929-1941, accompanied by clippings of newspaper reviews of each exhibition, documenting the critical reception of the works on display. 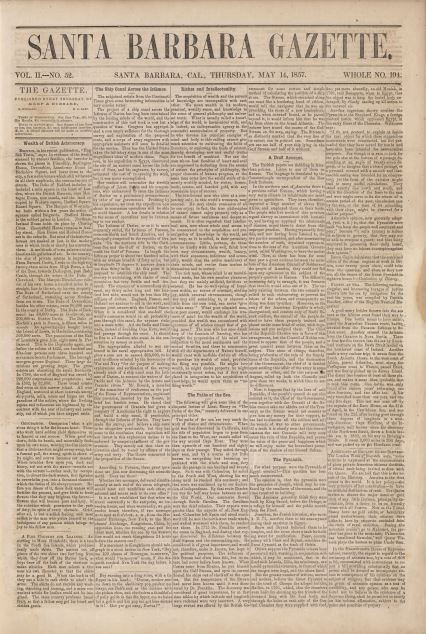 The UCSB Library recently digitized 104 issues of Santa Barbara County’s first newspaper, The Santa Barbara Gazette. Originally published from May 24, 1855 to May 15, 1857, the paper covered national and international affairs, as well as politics and events in Santa Barbara and the surrounding region, showing what life was like just five years after the incorporation of the City of Santa Barbara and California Statehood in 1850.

The Gazette issues were reproduced from a bound presentation copy given to the SBPL by Charles Fernald in August 1891, who served as sheriff, district attorney, county judge, and mayor of Santa Barbara in the late 1800s. SBPL gifted the issues to the UCSB Library Special Research Collections in September 2019, and the issues can be viewed via the Library website.

The Edson Smith collection contains over 3,100 early photographs of Santa Barbara County from the 1870s-1940s, collected by Santa Barbara resident Edson Smith (1877-1947).  The photographs were digitized for online viewing by SBPL, with funding for the project provided by John C. Woodward. They are available to view on Calisphere as well as the Black Gold Library Collective catalog, while the original images are preserved in UCSB Library's secure, climate-controlled state-of-the-art repository.