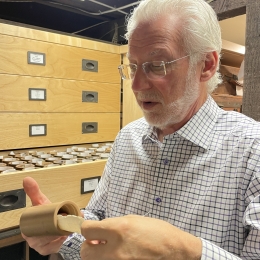 Around the world, there exist repositories of writings, imagery, and tools that mark the evolution of humankind, but what are the sounds of our shared history?

For the last 35 years, collector John Levin has been amassing a collection of brown wax cylinders--one of our earliest media for recorded sound--to shed light on this question.

Now, in a quest to make these recorded sounds accessible to the wider world, Levin created the Early Recordings Initiative (ERI) at the UC Santa Barbara Library, which is the first public/private partnership to promote the preservation, access, understanding, and appreciation of pre-1903 sound recordings.

The ERI is focused on the acquisition, conservation, maintenance, digitization, and study of the earliest and rarest early sound recordings. These records are primarily brown wax cylinders but also include other formats such as Berliner discs and ozocerite cylinders.

The Initiative is based in the Performing Arts Collection at the UCSB Library and is anchored by the John Levin Early Recordings Fund. As part of the ERI, the Library will eventually receive portions of The John Levin Collection, featuring his extensive collection of rare, pre-1903 cylinder recordings along with Levin’s research on content and provenance.

Levin, along with UCSB Library Performing Arts curator David Seubert and collector Michael Khanchalian, was featured in a series of articles in the Los Angeles Times in November 2020. The Times produced four pieces describing the enormous value of these early pieces of sound history, writing “Among the most important repositories of wax cylinder recordings in America, the archive under Seubert’s leadership has saved countless recordings from trash bins. Until the coronavirus shuttered the UCSB library, each month its archivists posted hundreds of otherwise unheard acoustic recordings from the late 19th and early 20th centuries.” 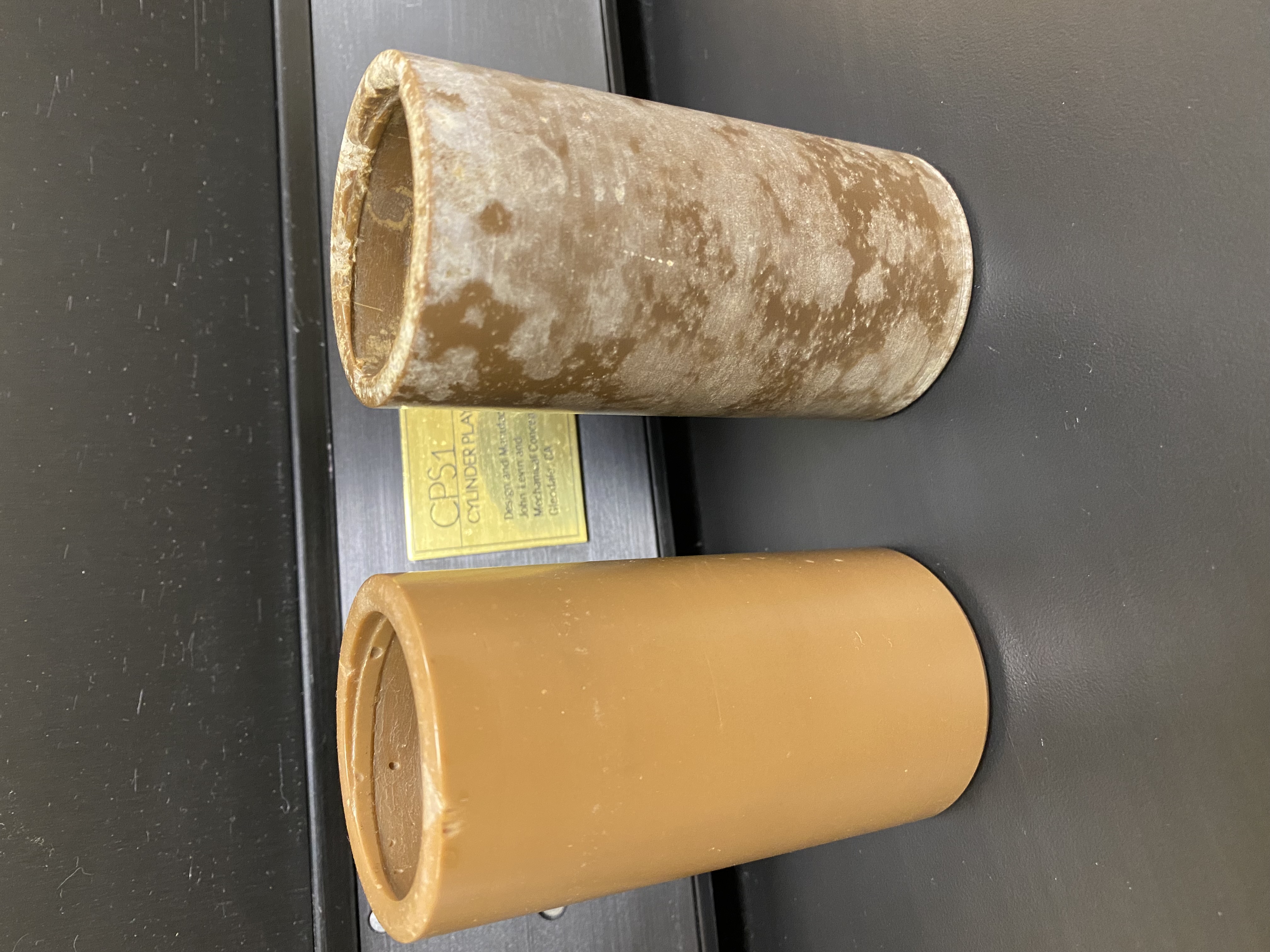 Long before institutions like the UCSB Library collected early sound recordings, private collectors sought out these ephemeral artifacts from the earliest years of the record industry. The fact that any of these recordings survive reflects both luck and the foresight of private collectors who often passed their knowledge and their collections to others who share their interests.

A large number of these early recordings are extraordinarily rare and many are unique. Over time, their fragility, sensitivity to humidity, and poor handling have taken their toll. Because proper management, storage, and curation are beyond the reach of most collectors, it is time to migrate these collections to a setting designed for long-term preservation and access.

“The complementary roles of private collectors and public institutions have been at play in the museum world for generations,” according to John Levin.  “But now, as time is running out on vulnerable artifacts like early sound recordings, libraries need to step up to the plate. The support of the UCSB Library for the Early Recordings Initiative reflects their understanding of this challenge.”

It is believed that fewer than six percent of the 22,000 cylinder titles issued before 1902 are known to survive; thousands of recorded titles have never been found, and dozens of performers have never been heard. 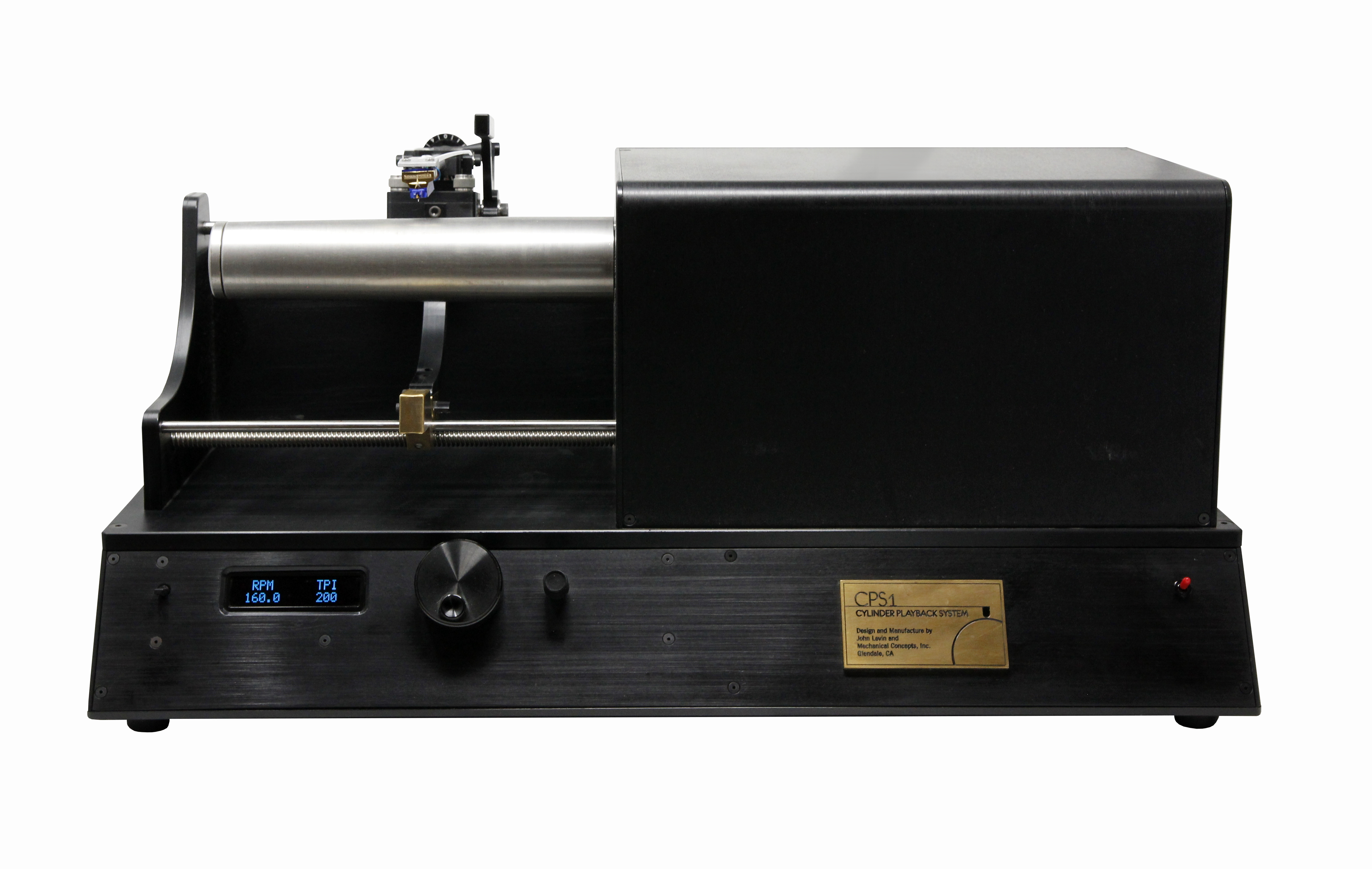 The ERI aims to stop further loss of our earliest recorded sound heritage. Transferring the contents of these cylinders – the first step in the process – is facilitated by the use of CPS1, a system created by Levin to transfer and transfer these early recordings with optimal sound quality, extremely low tracking force, and negligible wear. The digital transfers of these materials on the CPS1 take place on-site in the Library's state-of-the-art Henri Temianka Audio Preservation Lab.

The eventual transfer of the John Levin Collection of early commercial recordings will make UC Santa Barbara’s collection of early audio recordings one of the most comprehensive in the country, both in rarity and number of cylinders as well as the metadata that records provenance and historical context. The metadata describing the collection’s contents will significantly add to the UCSB Audio Cylinder Archive, a comprehensive public access research portal into early wax cylinder recordings.

“This is an unprecedented partnership that has the potential to inspire even greater preservation efforts of early recordings by academic libraries across the U.S.,” said Kristin Antelman, UCSB University Librarian. “By working in tandem with passionate collectors like John, we can ensure that historic media like wax cylinders will have research value in perpetuity.”