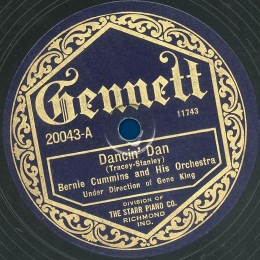 Considered to be one of the first truly independent labels, Gennett Records will be the next record company to join the Discography of American Historical Recordings (DAHR), a database of master recordings made by American record companies during the 78 rpm era edited by a team of researchers at UCSB Library.

Full descriptions of Gennett’s 16,000+ masters recorded between 1915 and the late 1930s —including artists such as Louis Armstrong, Gene Autry, Hoagy Carmichael, Doc Roberts, and King Oliver— will be added to DAHR in early 2022 thanks to the work of researchers Malcolm Rockwell and Charlie Dahan, who began collaborating on the Gennett discography in 2004.

“Discography is my way of being able to pass my love for the innovations of the music industry on to others,” said Rockwell. “We want to see it get out there and for people to have access to it. By giving it to UCSB, that goal will be actualized.” 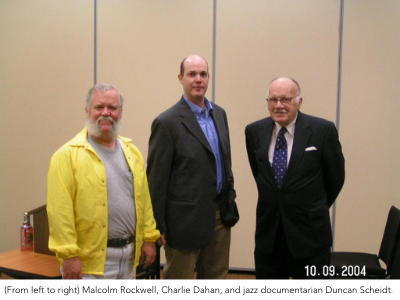 Rockwell and Dahan connected after they both independently reached out to the Starr-Gennett Foundation about creating a Gennett discography. The coordinator at the foundation, Elizabeth Surles, recommended they work together.

The two then flew out to Richmond, Indiana, home of Gennett Records and one of its studios owned by the Starr Piano Company. The trip is the only time they ever met in person throughout the project. They divided up the work based on their strengths.

“Charlie is more outgoing, so he did lots of the research,” said Rockwell. “I did more with the numbers and the existing literature.”

Dahan is currently a professor in the Record Industry department at Middle Tennessee State University and serves on the National Board of Advisors to the Star Gennett Foundation. He is working on his PhD in historic preservation and public history. Before moving into academia and research, Dahan worked in the music industry for over two decades.

Rockwell grew up around the music industry. His father, Tommy Rockwell, was a booking agent, manager, and scout.  He remembers traveling back and forth between New York City and Los Angeles as a child, tagging along to recording studios and clubs. Rockwell has since lived in Hawaii for nearly forty years and has published an award-winning Hawaiian discography.

Both of them said they were drawn to Gennett Records because of the diversity of their recordings. 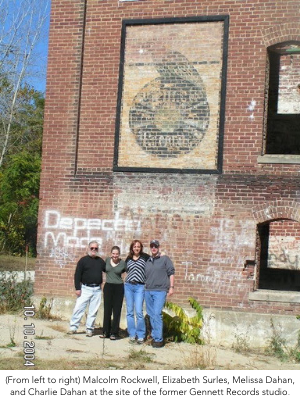 “I just loved their recording mentality, which was to record anything and everything,” Dahan says. “Since they weren’t music men, they let artists record as they were. Those records you hear are, I think, a rather authentic window into what music sounded like if you were to hear it live back then.”

The label pioneered new genres of music not then published by the major mainstream labels, releasing some of the first great jazz, blues, and country records coming out of the rural Midwest and South.

“Here was one of the first truly independent record labels,” Rockwell says of Gennett. “They were involved with both acoustic and electrical recording and they were in the unique position between Chicago and New York that allowed a lot of musicians to stop and record.”

As a result, Gennett Records picked up scores of “indie” acts and were marketing them to completely new demographics.

“They find new markets and that’s what an independent label does, it realizes it can’t compete with the majors so it seeks niche music,” Dahan echoes. “They’re able to create these new markets, which was called ‘race and hillbilly’ at the time, but we know it better as ‘blues and country’ music.”

These recordings provide a sneak peek into what life was like in interwar America in large part thanks to the diversity and breadth of its catalog, varying from some of the first recordings of Black gospel music to the sounds of Hopi Indians and men imitating cats. 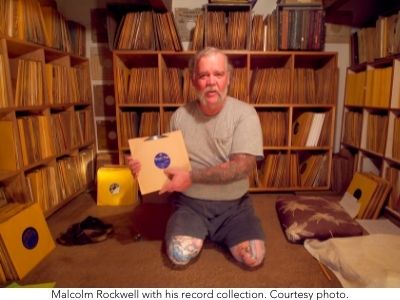 The Gennett catalog also reflects the different worlds, contradictions, and tensions alive in American society between the world wars. The discography includes both songs recorded by the KKK as well as the first-ever integrated jazz recording session.

“For Gennett, it was economics,” said Dahan of their wide-ranging recordings. He recounted a particularly contradictory moment when a 10,000 person Klan parade was happening in Richmond at the same time that King Oliver and Louis Armstrong recorded in the studio.

Gennett also recorded and manufactured records for scores of client labels and pressed discs for department stores and dime stores, getting their unique content into the hands of a different consumer class than that targeted by the East Coast labels. The Depression ultimately doomed Starr Piano and Gennett Records.

Gennett has long fascinated collectors and scholars and adding it to the DAHR will allow access to detailed information on personnel, recording dates and locations, takes, and issues on the Gennett-owned labels as well as the many small labels Gennett pressed.

The DAHR is part of the American Discography Project (ADP)—an initiative of the University of California, Santa Barbara and the Packard Humanities Institute. The database currently provides information on over 300,000 master recordings from labels such as Columbia, Victor, Edison, and Brunswick.