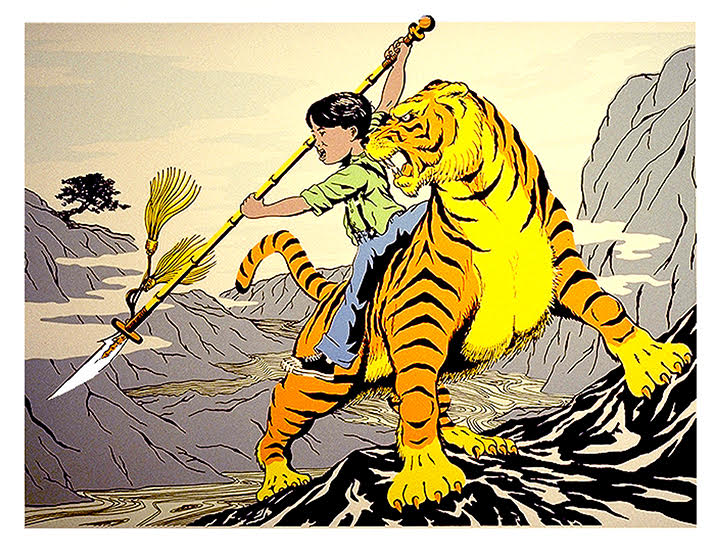 Jim Dong is a renowned printmaker, muralist, illustrator, and photographer who has exhibited widely in the major museums and galleries around the San Francisco Bay Area as well as nationally. His mural paintings have been reproduced in national and international publications.

Born 1949 in San Francisco's Chinatown, James Gong Fu Dong was raised at the Ping Yuen Federal Housing Projects. He attended the San Francisco State University’s Art Department where he studied printmaking beginning in 1967, earning his undergraduate degree, followed by a master's degree in drawing and printmaking in 1973. He has taught studio art at the UC Berkeley and at San Francisco State University. He was a founding member of the Jackson Street Gallery (San Francisco, 1974-1978) and was the gallery's chief curator and artistic director.

Since 1990 Jim Dong has been an instructor in drawing, painting, photography, printmaking, design, illustration and art history at the Kamehameha Secondary Schools Kapālama Campus’ Visual Arts Department in Hawaii. He and his family are residents of Kaneohe on Oahu Island since September of 1989.

Jim Dong applied his skills in printmaking by bringing to public attention many pressing national and international social and political issues and local concerns about his community. He founded the Kearny Street Workshop in San Francisco that became the most influential Asian American cultural arts center in the country and a model for grassroots community arts centers nationally during the mid-1970s. He served as the Workshop's director for its first 15 years.

The Jim Dong Papers were established in CEMA in 2018 and presently consist of his graphic artwork, photographs, and slides of the Asian American Theater Company, Kearny Street Workshop, Asian American Dance Collective, and the Asian American Jazz Festival. The collection will be added to in the future.

Guide to the Jim Dong papers