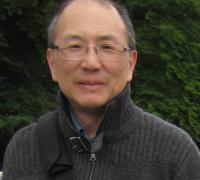 How did humanities and arts computing start at UCSB in the era of the beginning of the Web? How did our campus become one of the early leaders in scholarly use and study of the Internet by humanists? In this talk, Alan Liu provides a glimpse of the origin of his Voice of the Shuttle Web site for humanities research, the UCSB Many Wolves Authoring Collective, the Ultrabasic Guide to the Internet for Humanities Users at UCSB, the original Humanitas.ucsb.edu server, the first department-based server in the humanities, and other greatest hits of the very, very early online era at UCSB. What did the world look like in 1994 from the perspective of humanists browsing on a 2400-baud modem with Lynx and Mosaic?

Alan Liu is Professor in the English Department at the University of California, Santa Barbara. He has published books titled Wordsworth: The Sense of History (1989); The Laws of Cool: Knowledge Work and the Culture of Information (2004); and Local Transcendence: Essays on Postmodern Historicism and the Database (2008). Recent essays include "Hacking the Voice of the Shuttle: The Growth and Death of a Boundary Object" (2016), "Is Digital Humanities a Field?—An Answer from the Point of View of Language" (2016), "N + 1: A Plea for Cross-Domain Data in the Digital Humanities" (2016), "The Big Bang of Online Reading" (2014), "The Meaning of the Digital Humanities" (2013), and "Where is Cultural Criticism in the Digital Humanities?" (2012). Liu started the Voice of the Shuttle web site for humanities research in 1994. Projects he has directed include the University of California Transliteracies Project on online reading and the RoSE (Research-oriented Social Environment) software project. Liu is founder and co-leader of the 4Humanities.org advocacy initiative. Currently he is leading the 4Humanities.org big-data, topic-modeling project titled "WhatEvery1Says" on public discourse about the humanities.