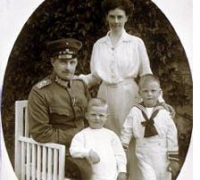 Special Collections recently has acquired a number of interesting printed and manuscript materials, some of which are on display in our lobby through mid June. Highlights include:

Leaf Book. Containing 250-300 examples of printing from the mid-fifteenth century to the late nineteenth century. Included is a leaf from a Shakespeare First Folio.

Frank Gruenthal Collection, ca. 1914-1918. German diaries and photograph albums, some from World War I, of a German Jewish ancestor of Gruenthal. (Bernath Mss 95).

Slavery Collection of U.S. Government Documents, 1817-1865. 126 chronologically arranged printed United States government documents dealing with slavery issues. Included are memorials, messages, reports, resolutions, many being numbered miscellaneous documents of the various sessions of the Congress, Senate and House of Representatives. Many are from state legislatures, North and South. Some are from the President of the United States. Several pertain to the American Colonization Society. (Wyles Mss 106).