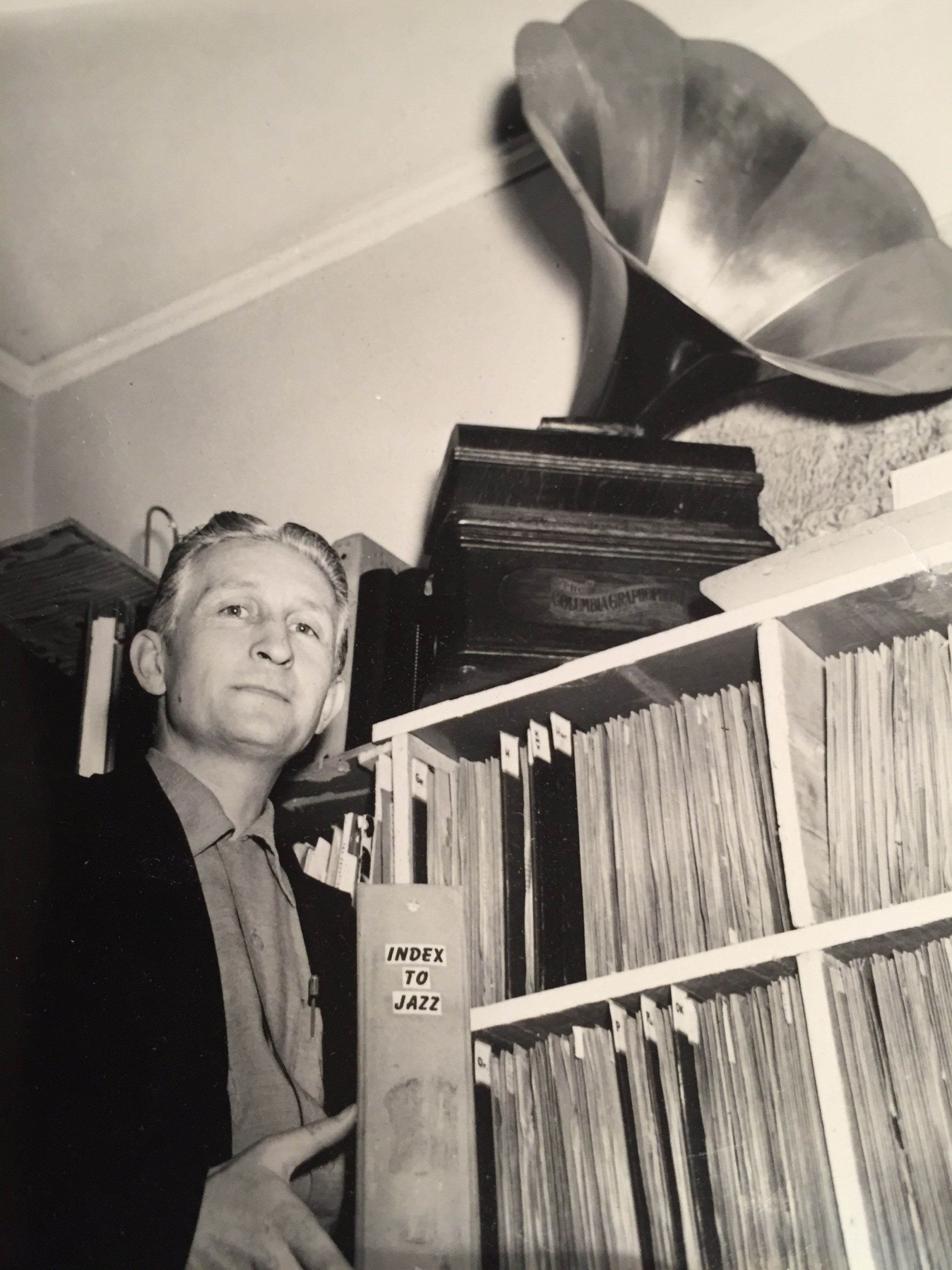 Arnold B. Stilwell was one of the first wave of pioneer jazz 78 collectors, amassing approximately 5000 78s from when the collecting bug hit him in 1940 until sometime in the late 1950s. He was born in 1911 in Dallas, Iowa and graduated from Iowa State College in Ames, Iowa in 1934 with a degree in Landscape Architecture. This led to work as head draftsman for munitions maker Hercules Powder Company at the onset of World War II and he worked for Hercules first in Roanoke, VA and then in Parlin, NJ until he retired.

As a young man he took up music, played both sax and piano and was proficient enough to get jobs at silent movie houses when he was a teenager in the 1920s. Later in life he enjoyed playing jazz with pick up bands at week end jam sessions.

Arnold was also a early discographer and kept meticulous notes on each 78 that he acquired. In the late 1940s he collated his work into the first record dating guide which was published and sold through Record Changer, a monthly jazz record collector magazine of the 1940s and 1950s. He retained the rights to the chart and had a deal with publisher Bill Grauer for a percentage of each sale. While jazz was Arnold’s main passion, he also collected dance bands of the 1920s and liked pop songs of the period. His collection contains extensive runs of obscure dime store labels of the mid-1920s. A PDF of Stilwell's groundbreaking guide is here.

Arnold did his main collecting on road trips back to Iowa to visit family or on vacations, stopping at every used furniture store and second hand shop along the way. There was always an abundance of used victrolas filled with 78s.

In November 1948 Record Changer published Arnold’s account of a chance encounter with a massive New Orleans jazz funeral for Mardi Gras’ Zulu King. His focus changed from looking for any buildings that remained of old Storyville, New Orleans infamous red light district that nurtured jazz, to several hours of hearing the real thing as he marched along with George Lewis, Kid Howard and other living legends.

His family donated his collection to UC Santa Barbara's sound archive in 2019. The collection is currently being cataloged. For more information on the collection or assistance in using the materials, please contact Special Collections staff at special@library.ucsb.edu.