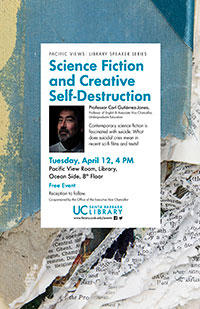 In 2015 Gutiérrez-Jones published the book Suicide and Contemporary Science Fiction. Contemporary science fiction is noteworthy for its fascination with suicidal transformation, he says. This interest in creative self-destruction is seen in recent films (Looper, Inception, Prometheus), as well as a range of canonical science fiction works (The Island of Doctor Moreau, Solaris, Ender’s Game, Neuromancer, “Bloodchild,” The Handmaid’s Tale).

Suicidal crises, Gutiérrez-Jones believes, represent opportunities for the characters to break with destructive or stultifying habits of thought that prove inadequate in the face of significant scientific, technological, and social change. The passage through suicidal crisis offers a chance to reboot in fundamental ways what it means to be human.

This lecture will trace the rich engagement with creative self-destruction found in a variety of science fiction texts. 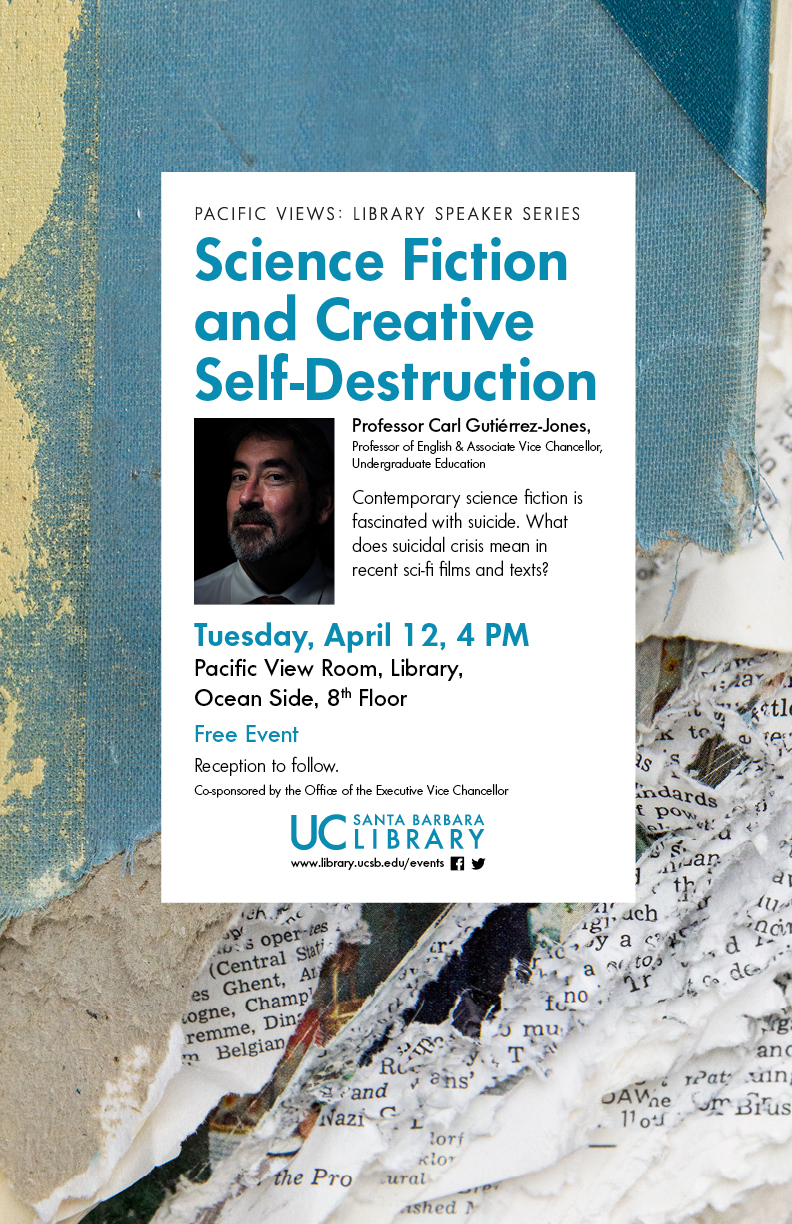