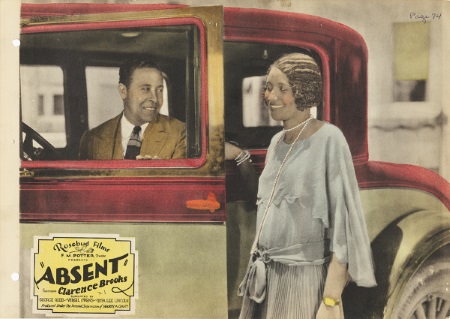 Clarence Ahart Brooks was co-founder and Executive Secretary of the Lincoln Motion Picture Company, and its leading male actor in its five films, and an important force in emergence and development of the race film industry in the United States. The Lincoln company was headquartered in Los Angeles, California, and is widely considered the first Black-founded film production company with a national system of distribution. Created with the mission to realistically portray the lives and experiences of African Americans, the Lincoln’s Black-cast films starkly contrasted with Hollywood’s limited and stereotypical Black images. The period of this collection overlaps with the height of Jim Crow segregation in the United States, when cultural and legalized racial segregation and white racism were prominent characteristics of U.S. society.